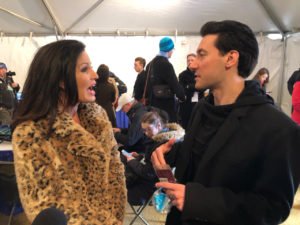 After being exposed for their unscrupulous attempts to sell baby body parts for profit, Planned Parenthood, the largest abortion provider in the nation, tried to discredit the evidence in a massive PR campaign. They claim the videos which clearly showed they sought to benefit from the sale of aborted baby hearts, brains, lungs, etc. were “deceptively edited.”

This blatant lie was so flagrantly promoted by the liberal mainstream media that many Americans, including some judges, took it as fact.

Thankfully, we still have independent-minded judges who refuse to adjudicate based on popular beliefs, choosing instead to follow the law as written, even in difficult cases. Such was the case with a panel from the Fifth Circuit Court of Appeals who took a look at the evidence in Planned Parenthood of Greater Texas v. Smith.

The panel found a district court who had fully sided with Planned Parenthood’s characterization of the video evidence based on their word alone had abused its discretion. The Fifth Circuit panel composed of Judges Edith Jones, E. Grady Jolly, and Catharina Haynes, said, “The district court stated, inaccurately, that the CMP video had not been authenticated and suggested that it may have been edited” (Emphasis mine). The appellate panel was not just acting on emotion or personal preference by writing this, there was no evidence, aside from Planned Parenthood’s word, to sustain the district court’s characterization of the videos. The court notes:

In fact, the record reflects that [the Texas Health and Human Services Commission Office of Inspector General (OIG)] had submitted a report from a forensic firm concluding that the video was authentic and not deceptively edited. And the plaintiffs did not identify any particular omission or addition in the video footage. (Emphasis mine)

This simple statement of truth has sent shockwaves around the country. And we shouldn’t be surprised. Just as darkness cannot withstand the light, lies crumble at the sight of truth. The court’s acknowledgment is also great vindication for David Daleiden, the founder of The Center for Medical Progress (CMP), who produced the groundbreaking undercover videos exposing the dubious, unethical, immoral, and potentially criminal enterprise.

The Texas case dealt with the state’s efforts to terminate its Medicaid provider agreement with Planned Parenthood after their unethical behavior was revealed by the CMP videos. Federal law allows states to terminate a Medical provider agreement when, as in this case, there is evidence of a program violation. The Court explained that, “A ‘program violation’ includes any violation of federal law, state law, or the Texas Medicaid program policies.”

Federal law makes it a crime “to knowingly acquire, receive, or otherwise transfer any human fetal tissue for valuable consideration if the transfer affects interstate commerce” (42 U.S.C. 289g-2). Not only that, it also requires “no alteration of the timing, method, or procedures used to terminate the pregnancy [be] made solely for the purposes of obtaining the tissue” (42 U.S.C. 289g-1(b)(2)). This is exactly what we see in the forensically-authenticated CMP videos.

The court noted several statements where the videos clearly show Planned Parenthood was willing and able to change the abortion procedure to obtain “intact specimens.” Quoting their representative:

Yeah. So she knows what’s involved in modifying what we need to do to get you the specimens that are intact because she’s done it. … And she was doing those here.

Note Planned Parenthood not only admits it is willing to alter its abortion procedures for this purpose in the future, but it alleges they have done it in the past, also. There are numerous statements of this nature. The lower court dismissed all those statements because it wholeheartedly took Planned Parenthood’s word that they didn’t mean any of it. The appellate panel said, “The district court credited [Planned Parenthood’s] self-justifying explanations.”

It would be like a court believing an abuser because he shows up in court and says he didn’t do anything, while dismissing outright all the bruises and testimony from the victim. The district court’s decision was not based on facts but preference. One can see that when the appellate court notes the lower court actually concluded there was no “evidence, or even a scintilla of evidence,” for Texas’ conclusions about Planned Parenthood. Whatever you think of their decision, any reasonable observer can see that the videos are something – gosh, are the millions of people troubled by them just uneducated troglodytes?

It is that type of extreme, unmeasured action by a judge which shows they are not approaching a case and the evidence in good faith. The appellate court, on the other hand, approached the case with the evenhandedness that is at the heart of ensuring a just outcome. It identifies the case as a case of “judicial review of an agency action.” And accordingly, it gives proper deference to the state agency on its determinations. It noted, “despite being litigated with the trappings of the abortion debate, this is fundamentally a statutory construction case, not an abortion case.”

This is the model of judicial restraint that should be paramount in our judicial system. The court gives deference to the state agency in making its determination based on legitimate evidence of misconduct.

Planned Parenthood argued that Texas could not even make a determination on them because “OIG has insufficient expertise to determine the qualifications of abortion providers.” Unbelievably, the lower court had gone along with Planned Parenthood in that argument too.

Fortunately, the appellate panel gave a proper smackdown to that inane notion:

We reject this argument. OIG is the agency that the state of Texas has empowered to investigate and penalize Medicaid program violations. The agency is in the business of saying when providers are qualified and when they are not. That the Chief Medical Officer is a surgeon—and not himself an abortion provider— does not mean that he deserves no deference when deciding whether a provider has failed to meet the medical and ethical standards the state requires. It is even odder to claim that federal judges, who have no experience in the regulations and ethics applicable to Medicaid or medical practice, much less in regard to harvesting fetal organs for research, should claim superior expertise. (Emphasis mine)

The appellate court ultimately vacated the preliminary injunction imposed by the district court. It remanded the case back to limit the review to the agency record, taking a serious look at the evidence in the videos and not merely at Planned Parenthood’s self-serving explanations after the fact. It also asked the lower court to review the case under the proper arbitrary-and-capricious standard. Here’s hoping they follow through on their application of the law this time, regardless of the political pressures that come with any case even remotely associated with Planned Parenthood.