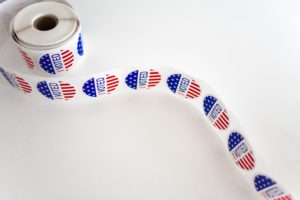 The one thing that doesn’t change one bit after the tonight’s election results is that the great work that President Donald J. Trump is doing to confirm constitutional judges at every level of the federal courts will continue for the next two years.

This is great news. The foundation that President Trump and the Republican leadership in the Senate, led by Senate Majority Leader Mitch McConnell (R-Kentucky) and Senate Judiciary Chairman Chuck Grassley (R-Iowa), are building will pay dividends for our Republic for many years, even decades after the President is out of office.

President Trump broke the record for appellate judges confirmed in the first two years of the presidency with 29. He also confirmed 53 district level judges and, of course, two excellent Supreme Court Justices.

The new senate will elect new leadership, which might mean a new Chairman in the Senate Judiciary Committee. If Sen. Grassley decides to step down from that role (I certainly hope he doesn’t!), the post is expected to go to Sen. Lindsay Graham (R-South Carolina) who was one of the big heroes in defense of Justice Kavanaugh, so we can expect the same type of commitment to the confirmation of judges going forward.

It is worth noticing that the Kavanaugh effect was also palpable tonight.  Some of the biggest surprises of the night were losses directly related to the injustice committed against now Justice Brett Kavanaugh.  Both Sen. Joe Donnelly (D-Indiana) and Heidi Hietkamp (D-North Dakota) voted against Justice Kavanaugh, ignoring the majority of people in their state who wanted them to support due process, instead of succumbing to the radicals calling for a presumption of guilt. They paid a heavy price.

As of this writing, Sen. Claire McCaskill (D-Missouri), who also voted against Kavanaugh, is also in trouble, although the race is too close to call at the moment.

On the other hand, Democrat Sen. Joe Manchin (West Virginia) who ultimately voted to confirm Kavanaugh, despite of the pressure radical liberals inflicted on him, won big.

The message is clear. The voters rejected the mob mentality that tried to destroy an honorable man in the name of political power.

This is very good news for our political discourse going forward.

On the other hand, the Democrats are expected to regain control of the House of Representatives, as of this writing (10:53pm). This was expected, given the historical precedent of mid-term elections.

They will be pushed, no doubt, by the radical left to spend considerable time on an agenda to investigate and derail President Trump. We must be prepared to stand up against such an approach. And insist that they attend instead to the people’s business.