CWALAC of Kansas’s First of Many Candidate Forums (Shawnee County) — a Great Success! 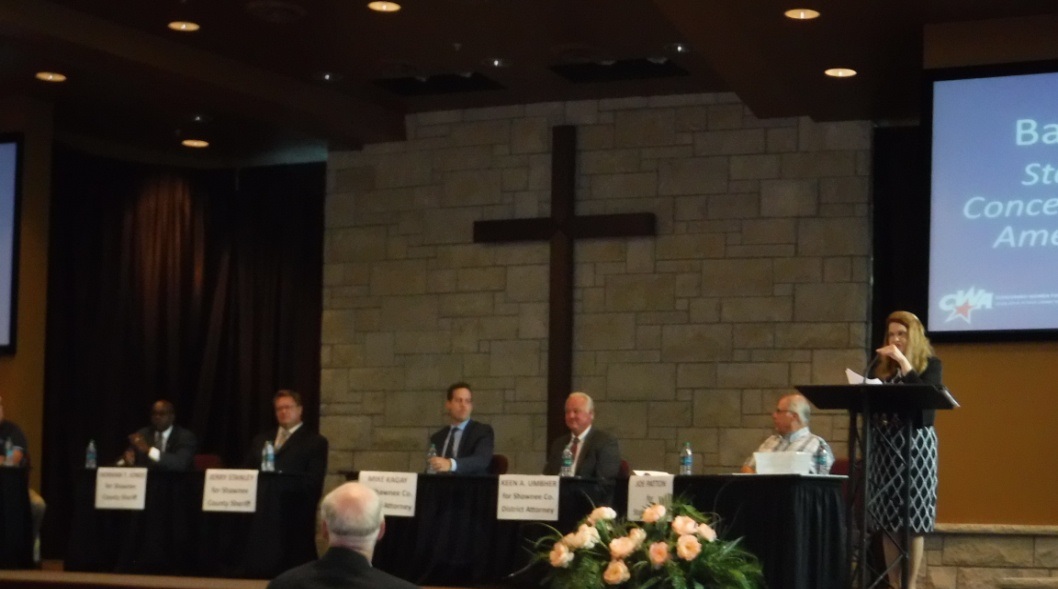 Monday evening, July 25, Concerned Women for America Legislative Action Committee (CWALAC) of Kansas held the first of several candidate forums for this election cycle.  The focus for this forum was Shawnee County.  All county candidates were invited to participate.

It was an outstanding time.  The audience of 50 was clearly engaged.  One of the attendees said afterwards, “I am pleased to be able to hear the candidates in person because signs and advertisements were not helpful. I wanted my vote to be an educated vote.”

Candidates participating were the following:

The questions asked were about abortion, religious freedom, sanctuary cities, the10th Amendment and the relationships between the police department and the community.

A special thank you to Phillis Setchell, Mike and Kathy Hall, Andy Saldivar, Keith and Denise Cochran who helped in various ways.

Be an effective voter!