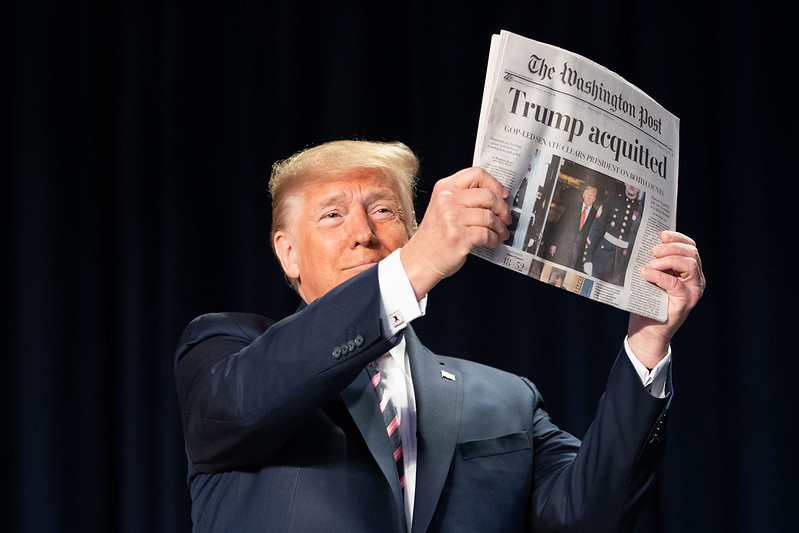 Washington, D.C. — Penny Nance, CEO and President of Concerned Women for America Legislative Action Committee (CWALAC), had this to say after the U.S. Senate vote to acquit President Donald Trump:

“Now that the anticlimactic partisan impeachment is over, we hope Senate Democrats take a break from their relentless abuse of power to try to remove the President and instead join him in continuing the great comeback he outlined in last night’s State of the Union Address.

“That is what I hear from our CWA supporters around the country. The overwhelming sense is that the whole impeachment sham was a total waste of time and taxpayer money.

“That is why, in the middle of all this political theatrics, the President’s approval numbers are the highest he has ever had. The people can recognize an injustice when they see it, and what the Democrats did to the President with this impeachment process was completely unjust.

“The President should be praised for the way he has handled the people’s business while a whole party dedicated itself full time to frustrating his every effort on behalf of the American people. They have failed today, as they have on every attempt before.

“The President won today, and with him the American people, too.”