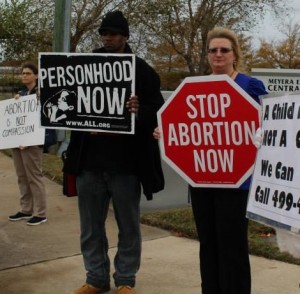 PPSEV is equipped to perform second trimester abortions onsite at 515 Newtown Road. In 2011, Karen Remley, former Health Commissioner, approved their COPN request to add an operating room and upgrade to outpatient surgical hospital status. At that time the current CEO, Dr. Robert Rashti, stated, “The project will expand the scope of services we are able to offer and improve access to gynecologic surgical services for all low-income and uninsured women in our community, women with the greatest need but the fewest resources.” He projected that PPSEV would then be able to help 1,800 older low-income women annually by surgically treating them for conditions such as incontinence and heavy bleeding.

A sidewalk counselor who has spent hundreds of hours standing outside PPSEV to offer help and free resources to women, said, “I can emphatically say that it is extremely rare to see an ‘older’ woman, who might require help with incontinence or other such conditions, enter the facility. The vast majority of PPSEV clients are young (sometimes very young) women seeking birth control, pregnancy testing or abortion.” When we asked the VLPP people who were conducting the meeting how many older women had received gynecologic surgical services since PPSEV’s request was approved, we were told that the question did not pertain to the purpose of the meeting which was the merger of the two organizations. Therefore, they would not answer the question. Unfortunately, though many people spoke and raised legitimate concerns, we were consistently given the same response – the question did not pertain to the purpose of the meeting. Basically they would not answer our questions. 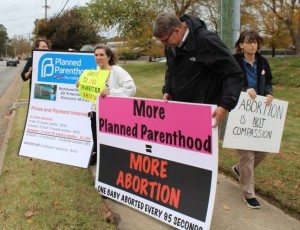 When Dr. Rashti was asked in 2011 if second trimester abortions would be performed at PPSEV if the operating rooms were approved, he said, “As long as I’m CEO, certainly not.” When the new CEO, Paulette McElwain, was asked if she would honor that commitment, we got the same answer we’d been hearing throughout the meeting – the question did not pertain to the purpose of the meeting.

There was a well-planned agenda on the part of Planned Parenthood to take the focus off of abortion and focus on “health care” services. The CEO did not take notes; it was apparent that she was not interested in what the opposition had to say.

After the meeting was adjourned, Bishop E.W. Jackson led the band of pro-lifers in prayer!

We so appreciate all those who were able to attend this meeting. We may never know the impact your presence had, but we know that God calls us to be faithful and faithful you were! 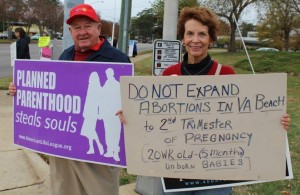