CWA of Virginia Forest Chapter Goes to Capitol in Richmond 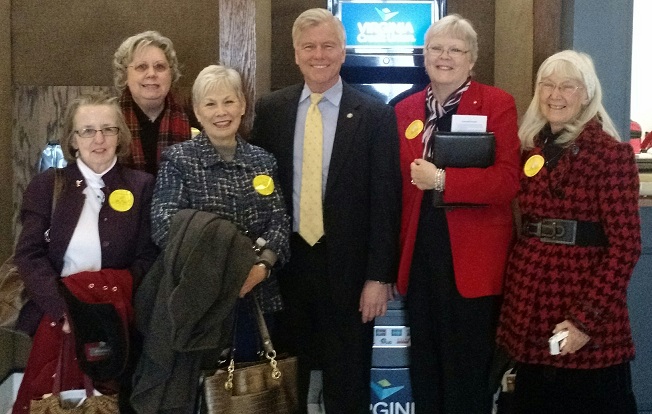 On January 11, five members of the Concerned Women for America Forest Prayer/Action Chapter, led by Chapter Leader and former State Director Jan Robey, enjoyed a very informative and exciting day at the Capitol in Richmond.  The first major event was the Commonwealth Prayer Breakfast; the group was graciously hosted by Delegate Kathy Byron (R-District 22).  Governor Terry McAuliffe and many other state officers, elected officials and dignitaries were in attendance as they were prayed over at the start of this legislative session. In addition, former Governor Bob McDonnell was also present and recognized.

Other highlights of the trip included participating in the powerful Family Advocacy Day activities sponsored by The Family Foundation; the 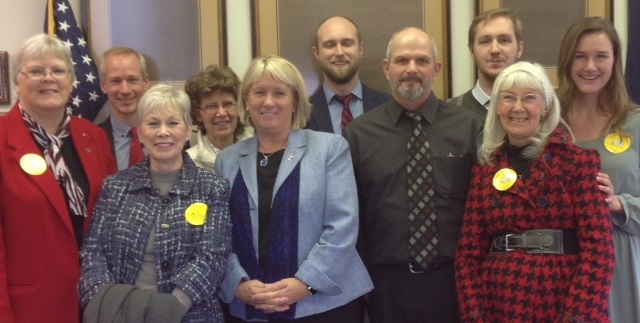 main speaker for the legislative briefing there was Joseph Backholm, President of the Family Policy Institute of Washington (state); his presentation was very informative and insightful.  Visits with various Central Virginia Senators and Delegates rounded out the day as we were able to expressly state our desire for their support of pro-life and pro-traditional marriage legislation and that the Commonwealth would shift taxpayer dollars from Planned Parenthood to the more comprehensive Federally Qualified Health Centers.  What a joy it was to see so many of our elected officials enthusiastically embracing the values also espoused by CWA!