CWA of Iowa Thanks Rep. Hanusa for the Nativity in our State Capitol

Concerned Women for America (CWA) of Iowa would like to thank Rep. Mary Ann Hanusa (R-House District16) for petitioning the Governor’s office to place a nativity in the rotunda of our beautiful Iowa State Capitol Building. She was flanked by Attorney Martin Cannon of the Thomas More Society who presented the legal underpinnings supporting the display and the American Nativity Scene Committee.

Gov. Terry Branstad received the request and directed Rep. Hanusa to the appropriate departments in which to route the request.  Gov. Branstad is literally the longest serving Governor in America’s history. 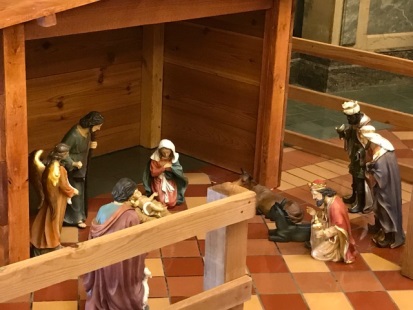 Eagle Scout candidate Sam Molely built the manger specifically for the display.  Gov. Branstad was joined by Bishop Pates for a small ceremony to welcome the Christ Child back to the State House as Iowans joined in a traditional holiday carol which rang out beautifully in the acoustics of the majestic halls.

A few scrooges later tried to raise a ruckus, revealing their inadequate understanding of America’s foundations and the separation of church and state; but on that mid-December day, it was obvious to the Iowans that our nation was founded upon Biblical principles, not by religionists, but by Chri 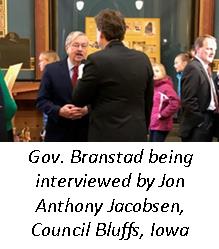 stians and the gospel of Jesus Christ. 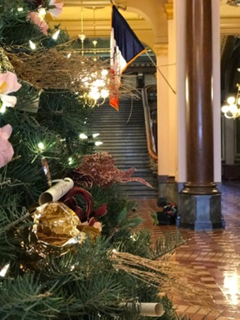 ation of Independence first organized the social compact on the foundation of the Redeemer’s mission upon the earth? That it laid the cornerstone of human government upon the first precepts of Christianity, and gave to the world the first irrevocable pledge of the fulfillment of the prophecies, announced directly from Heaven at the birth of the Savior and predicted by the greatest of the Hebrew prophets six hundred years before?” – John Quincy Adams, July 4, 1837