On Tuesday, April 29, State Director Patricia Thompson led a team of CWA ladies to the Capitol to lobby for education tax breaks (AB 1786). They completed this task and then ended up encouraging some of the wonderful conservative legislators who are fighting for the same things for which CWA of California fights. It was a fun, encouraging and productive time for all. 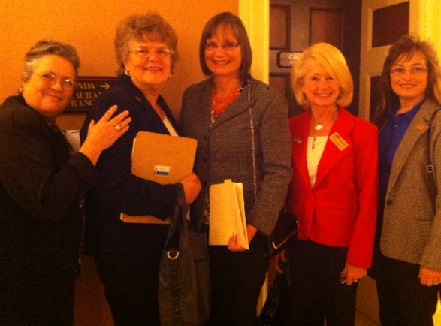 They first formed two teams and delivered support letters for AB 1786 to the nine members of the Committee on Revenue & Taxation. This bill would allow a tax deduction up to $2,500 in qualified education expenses. 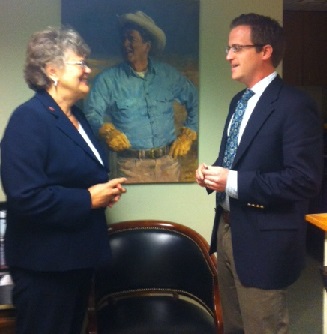 Patricia then met with Assemblyman Shannon Grove’s Legislative Director, Robert Smith. She encouraged and thanked him and Grove for their service to California and their outstanding work on AB 2336. AB 2336 would prohibit anyone from performing or attempting to perform an abortion on a woman seeking to end the life of her unborn child due to its gender. Groves introduced the bill on May 6. 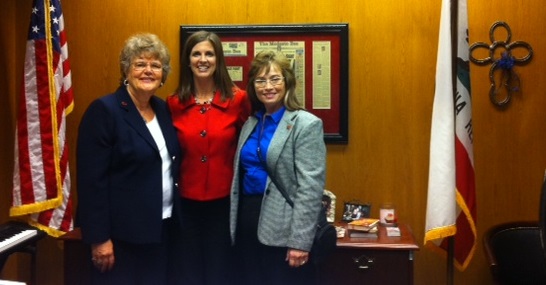 Patricia and Phyllis met with Assemblywoman Kristen Olsen. They encouraged her in her diligent pro-family work in the legislature and assured her that people were praying for her. She gladly received their words of encouragement and said that prayer was so very important and was so thankful for it. 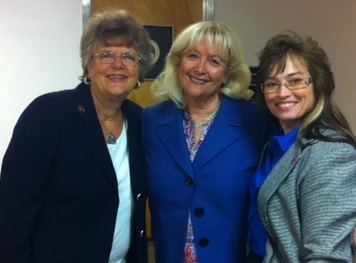 Patricia and Phyllis then met with Assemblywoman Connie Conway well to thank her for her outstanding work and let her know that CWA of California is praying for her. They informed her that they would be back on May 6 to attend the hearing for AB 2336 and speak in support of it. She and her staff were clearly blessed; they were sincerely thankful for our encouragement and prayers.

1. View our Targeted Bills list regularly to be updated on the bills on which CWA of California is taking a position and how to take action on them. A sample letter is often provided for your convenience. It couldn’t be easier to have your voice heard on issues that are important to you!

2. Consider who is missing from these pictures. Yes, it’s YOU! Mark your calendar now to join The Team on Wednesday, August 6, for “A Day at The Capitol”. You will tour the capitol, observe the legislators in action, listen to a committee hearing, prayer walk, make a “Cookie Drop” and more. Women, men and teens are all welcome!

3. Pray! Pray the Lord blesses our efforts. Ask Him to give us wisdom as we address these issues so near and dear to His heart. May He give great success!

A special heartfelt thanks to the CWA of California Legislative Director Penny Harrington. Without her diligence on the multiple bills CWA of California is taking a position on, lobbying events like this would not be possible.