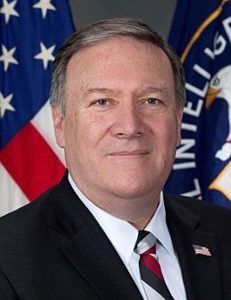 Moving this week is support for President Trump’s new nominee for Secretary of State, Mike Pompeo.  You will see CWA becoming more active later this month on the Hill when Pompeo appears in the Senate for his official hearings for his new position as Secretary of State.  This week we joined with other conservative organizations to lend our voice to his swift approval by signing on to a letter of support that will hit the Senate soon.

The letter stated that, “Mike Pompeo’s career also shows a regard for the sanctity of life, the solidarity of the family, and the solemnity of marriage.  These principles will be key in re-building a State Department that, under President Obama, actively pushed a radical social policy around the world.  His belief in religious freedom as a foreign policy priority is equally important in directing the State Department’s efforts to protect the freedom of all people.

“Mike Pompeo will be a positive agent for change at the State Department, and a valuable asset to President Trump in imparting his agenda at home and abroad.  We support his nomination and urge his swift confirmation.”