Washington D.C. – Penny Nance, President and CEO of Concerned Women for America (CWA), the largest public policy organization for women in the nation, sent the letter below to Attorney General Merrick Garland in response to the October 4 memorandum to the Federal Bureau of Investigation (FBI) and federal prosecutors “to address threats against school administrators, board members, teachers, and staff.”

“However well-intentioned, the practical effect of your memorandum is to violate the most foundational principles of the First Amendment by creating a chilling effect on protected speech by concerned parents over the education of their children…

“The federal government has no business injecting itself between a mother and the approach to educating her children. There has been no ‘disturbing spike in harassment, intimidation, and threats of violence’ against school officials that would warrant this broad and aggressive step by DOJ and the FBI.”

At a time when anger against the monumental failures of the DOJ and the FBI is at new heights, it is unconscionable that this manufactured emergency is the focus of these departments and using valued and limited resources. Read the letter in full here. 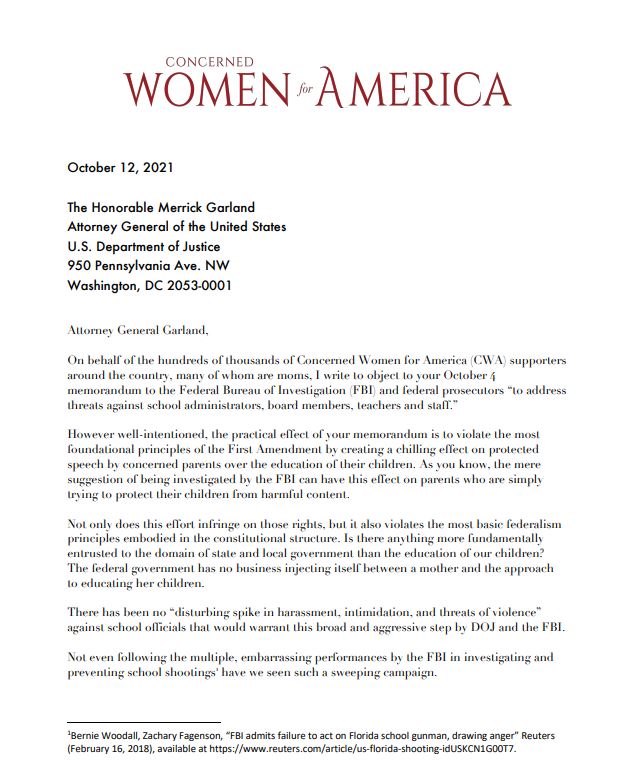