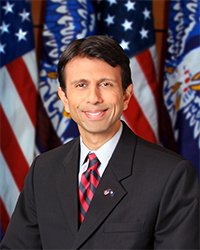 Breaking: Louisiana Governor Bobby Jindal announced that he signed an executive order to drop his state from the Common Core State Standards (CCSS) and the Partnership of Assessments for College and Career Readiness (PARCC) assessments!  With this decision, Louisiana will become the ninth state to withdraw from CCSS and, instead, begin to develop their own, locally-crafted standards.  In a recent statement, Gov. Jindal affirmed his commitment to excellence in education and state sovereignty.  “We can have rigor. We can have high standards in Louisiana,” Jindal said. “(And) we can do it without the federal overreach.”

Despite Gov. Jindal’s action, however, the Board of Education has stated it will still move forward with the implementation of Common Core. Gov. Jindal’s next move is anyone’s guess, but this will be a state to watch.

On behalf of our over 500,000 members nationwide, Concerned Women for America Legislative Action Committee (CWALAC) applauds Gov. Jindal for his bold leadership on this issue.  Please thank him for his action today!

To read his letter to the Partnership of Assessments for College and Career Readiness, click here.