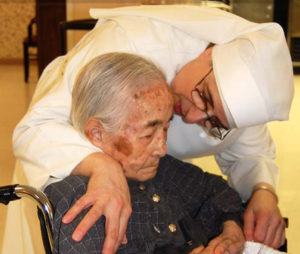 In case you haven’t heard, the Little Sisters of the Poor are now free to “offer the neediest elderly of every race and religion a home where they will be welcomed as Christ, cared for as family and accompanied with dignity until God calls them to himself.” I know, “horrible.” They should have been punished with thousands of dollars in fines, fighting them all the way to the Supreme Court. But, you know, “Trump. Ugh!”

Although, when you think about it, the “parade of horribles” that liberal commentators predicted hasn’t really happened.  As it turns out, nuns who take a vow of celibacy don’t need much contraception after all. Who knew?

Come to think of it, the Hobby Lobby decision was handed down back in 2014.  Where are all the evil corporations availing themselves of “religious liberty” to oppress women? They told us they would come by the thousands, no?

I am beginning to suspect that when religious liberty flourishes, the sky doesn’t fall.

Attorney General Jeff Sessions recently released the religious liberty guidelines President Trump had requested.  They, too, seem to increase liberty for all.

“Religious liberty is a foundational principle of enduring importance in America, enshrined in our Constitution and other sources of federal law,” he wrote. “Religious liberty is not merely a right to personal religious beliefs or even to worship in a sacred place. It also encompasses religious observance and practice. Except in the narrowest circumstances, no one should be forced to choose between living out his or her faith and complying with the law.”

That seems reasonable. He advises, “[T]o the greatest extent practicable and permitted by law, religious observance and practice should be reasonably accommodated in all government activity, including employment, contracting, and programming.”  Well, if the government would have applied this to the Little Sisters of the Poor, things would have gone more smoothly.

Sessions gave 20 principles by which the government should abide:

All seem reasonable.  Maybe James Madison was right when he insisted that “all men are entitled to the full and free exercise” of religion, as he considered the Declaration of Rights for the Commonwealth of Virginia a decade or so before the First Amendment to the Constitution.