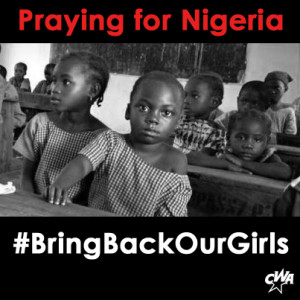 CWA joins with concerned and outraged people from around the world to protest the inhumane and brutal actions of the Al Qaeda-associated group, Boko Haram in Nigeria. END_OF_DOCUMENT_TOKEN_TO_BE_REPLACED

State of the Union Assessment – So Full of Himself

The leaks before the President’s 2014 State of the Union Speech (SOTU) threatened that Mr. Obama would take “pen and phone” to bypass Congress; instead the president gave a softer speech than was expected. The harsh partisan undertones were softened by well-polled language and tried-and-true rhetorical techniques. Income inequality was addressed in terms of providing “opportunity.” Environmental issues were presented, typically, as something we do “for children” — to give them a “safer, more stable world.” Immigration reform was couched in terms of “fulfilling dreams” and “creating jobs for everyone.” Even so, there was no softening the inevitable polarization caused by a blame-shifting President who demonizes his opponents.

Click here to read the rest of the article on The American Spectator.

ENDA falsely equates a changeable condition (sexual desire) with race and ethnicity. Worse, it turns traditional values into a form of bigotry punishable under the law.

During the current administration, the Democrats unleashed a bevy of unpalatable surprises for women, including massive up-front government expansions and enormous deficits that ultimately heap unsustainable burdens on American children and women.

Cutting the Cord: The Case for Defunding Planned Parenthood

What do you do to an organization whose carefully cultivated PR campaign hides the fact that it’s the nation’s largest surgical abortion provider? Find Out Here

Cutting the Cord: The Case for Defunding Planned Parenthood

We believe it’s morally wrong for any organization to receive federal funds when it has discrepancies between the image it promotes and the realities of its actions and bottom line.