[AUDIO] Help us Stop Discrimination Against Children with Disabilities

By Rachel TaylorJune 3, 2014Legislately, News and Events, Sanctity of Life 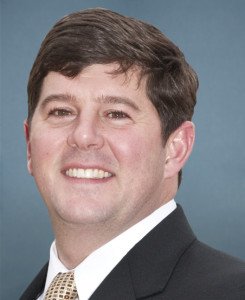 Did you know that parents can sue on the grounds that they would have aborted their child if they’d known beforehand their child would be born with disabilities? You won’t believe this.

CWA’s Director of House Legislation, Shari Rendall, and Legislative Intern, Kaylyn Caruso, spoke with U.S. Rep. Steven Palazzo (R-Mississippi) about his bill, the Every Child is a Blessing Act (H.R. 4698), that would eliminate what Rep. Palazzo describes as “court-sanctioned child abuse” and the judicial resources that are being wasted.

Rep. Palazzo said, “The Every Child is a Blessing Act reaffirms what most mothers and fathers believe – that every child is a blessing and should be treated as such. My bill would prevent discrimination and protect life by putting an end to controversial wrongful-birth lawsuits that discriminate against children with disabilities. … As a parent of three children, I believe every child is a blessing, whether they’re born perfect or whether they have a disability. … They’re all God’s children, and we should treat them as such.”

Rep. Palazzo is confident that this bill would pass the House of Representatives and move on to the Senate, but your help is needed to bring this bill to a vote in the House. Please call Majority Leader Eric Cantor (R-Virginia) at (202) 225-2815 and encourage him to bring H.R. 4698, the Every Child is a Blessing Act, to the floor. As Rep. Palazzo said, “Lend your voice to these precious children. Let’s put an end to these frivolous lawsuits.”