After School Satan? No, Thank you 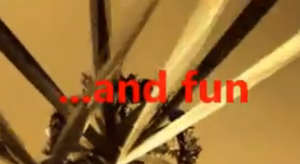 Through an advertisement video with eerie music, clips of spiders crawling, faces of dolls and little kids, the Satanic Temple introduces its new After School Satan Clubs.

The Satanic Temple is attempting to combat Bible-believing and evangelistic efforts in schools, specifically targeting the Good News Clubs. You can even “donate to help [them] counter evangelism in schools.”  Their efforts to fight Christianity will not be successful of that we can be sure. However, there are some points that need to be addressed. We must always be educated and equipped.

Basically, this atheistic group is using religious freedom laws to bring these satanic clubs into elementary schools around the country.  There is so much irony. The group bases their entire belief on the book they have set out to disprove (namely, the Bible). Their “god” comes from the life of Lucifer/Satan as discussed in the Bible.

Their video claims the club’s focus on “rationalism,” further explained on the website as “critical reasoning, independent-thinking, fun and freethought.” Those words like “fun,” might sound pleasing to some children or their parents, the darkness of the premise cannot be missed, as one can see in their promotional video.

As Christians, we reject the forming of these clubs. Indoctrinating children with lies, filling their hearts with hate and minds with satanic messages is wrong on every level. As Americans, we support Religious Freedom, but we see this as a worldly, demonic, ultimately empty effort to fill our gaping need for Jesus.

Truthfully, this is not really a religious effort; it’s an anti-Christian effort.

But we are not afraid of these groups. Truth and light, always exposes the darkness.  This effort too shall be exposed for what it is.

We cling to the promises of Jesus.  He said, “In this world you will have trouble. But take heart! I have overcome the world” (John 16:33). Even if one or two of these groups start and some kids show up for them, that isn’t an excuse for us as the church to run and hide.  It is a battle-cry!

It should remind you that your church can have an outreach to your local schools too!  A club that kids would actually want to come to, unlike what these posers are trying to do to make a point.  The church can actually be a sweet testimony for students!

We fight first from our knees. We pray against their success, that God would divinely intervene, and that he would save these leaders, parents and children involved. We are not fighting against flesh and blood, but this is a daily battle against the powers of this dark world and against the spiritual forces of evil in the heavenly realms. In all of this, we remember that “God gave us a spirit not of fear but of power and love and self-control” (2 Timothy 1:7).

Not only should this lead us to pray, but it also stresses the importance and value of structure, education and encouragement in the home.  Parents, it is your job to protect your children; teach them Truth, educate and inform them. Be involved in your child’s life, know what they are getting into, the friends they’re making, the clubs they attend afterschool. The culture that your children are experiencing right now has not only been sexualized and transformed by technology, but the Anti-Christianity “movement” is rampant.

God has given you the responsibility to train your child in the ways of the Lord.  Show them Jesus in your home, and prepare them for the battle ahead, before their classmates and education systems try to recruit them for their futile causes. Church, we have been far too complacent, and far too quiet. We need to stand for Truth. Speak out in love against the evil around us. Not being afraid of controversial topics, but humbly and boldly approaching them; while encouraging, protecting and guiding those members in the pews already.
—
Kelsey Gold is part of CWA’s 2016 Ronald Reagan Memorial Internship class where she serves for the Legislative Department.