YWA Leaders gear up for midterms!

As Election Day approaches, our Young Women for America leaders are encouraging their friends and family and complete strangers, to vote! Our YWA leader at Lousiana State University, in her Facebook post of “Concerned Women Vote” graphics, said “Yesterday I did one of my most important duties as a United States citizen … I VOTED! Don’t vote based on a celebrity’s opinion. Don’t vote based on what your friends say. Educate yourself and make the vote you believe in.”

Our leaders are sending out CWA’s voting cards to their chapter members and posting on social media encouraging their peers to exercise their voice by voting. Some of them discussed the ballot in their chapter meetings, will be passing out voter guides on campus, and others are having a voting watch party this coming Tuesday! 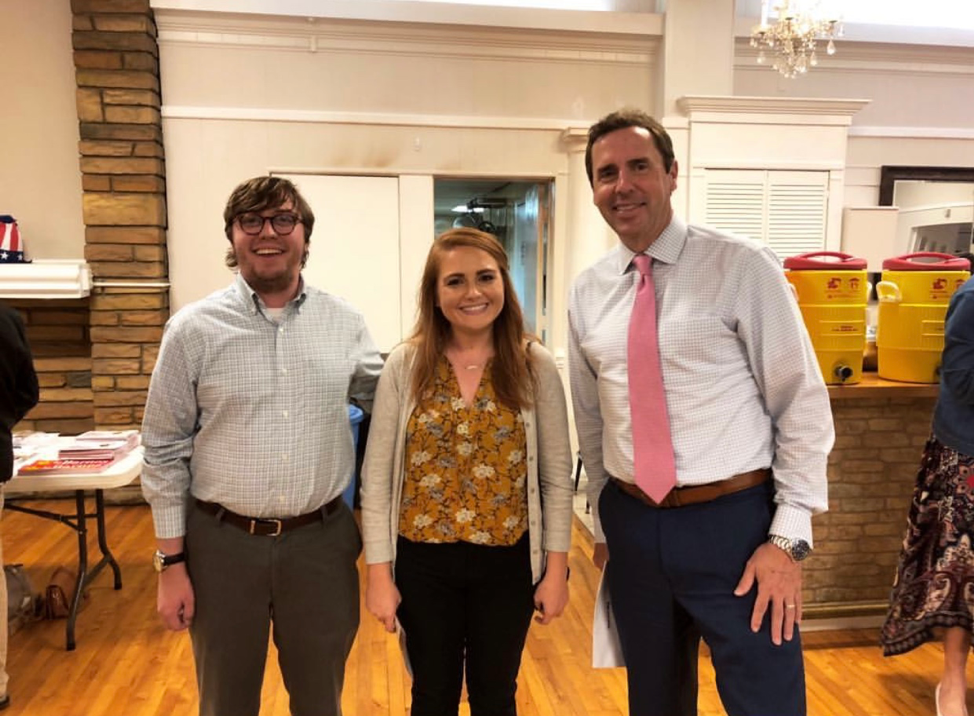 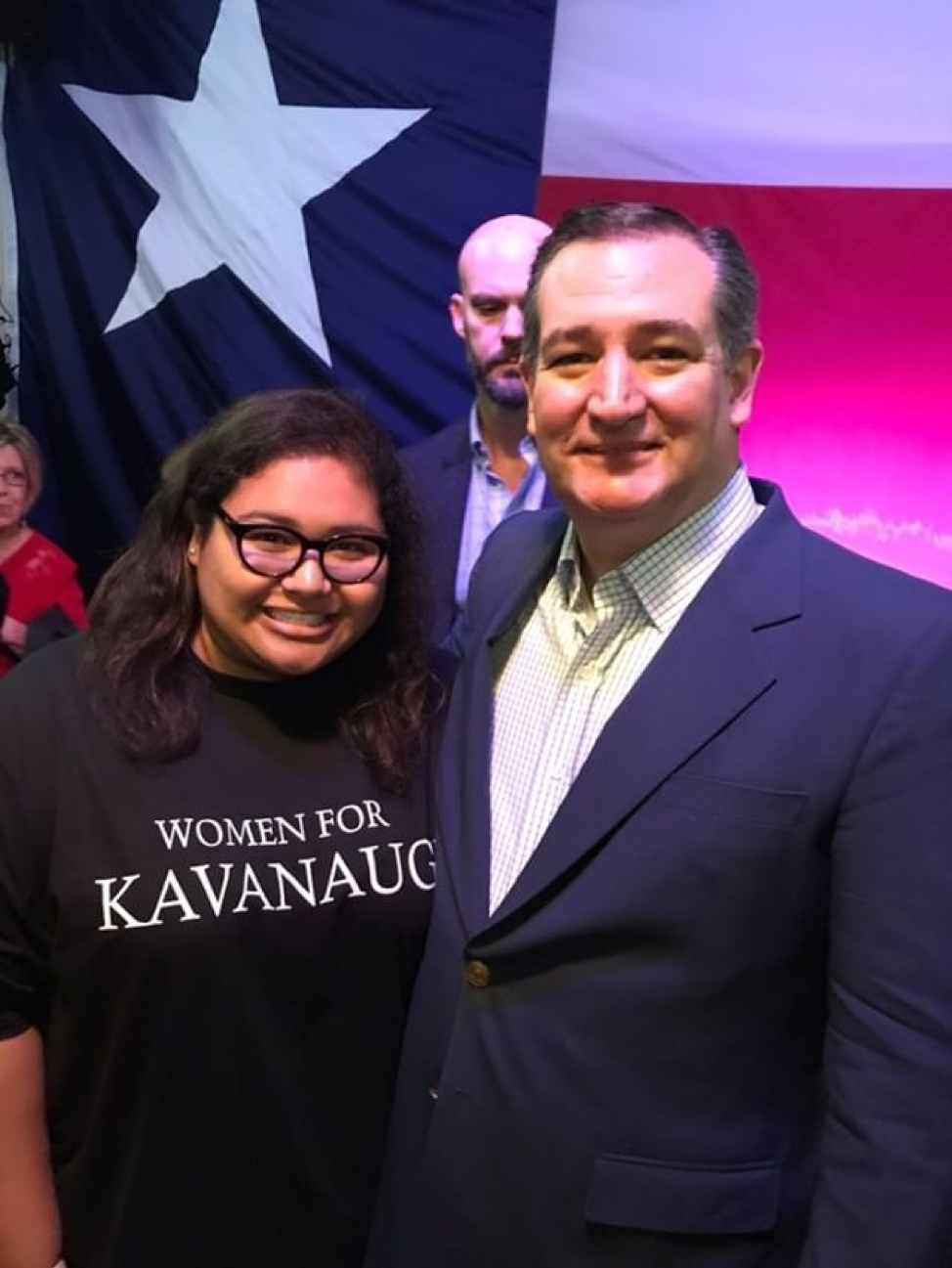 Our YWA leader at Stephen F. Austin University wearing our Women for Kavanaugh t-shirt at a Ted Cruz rally! 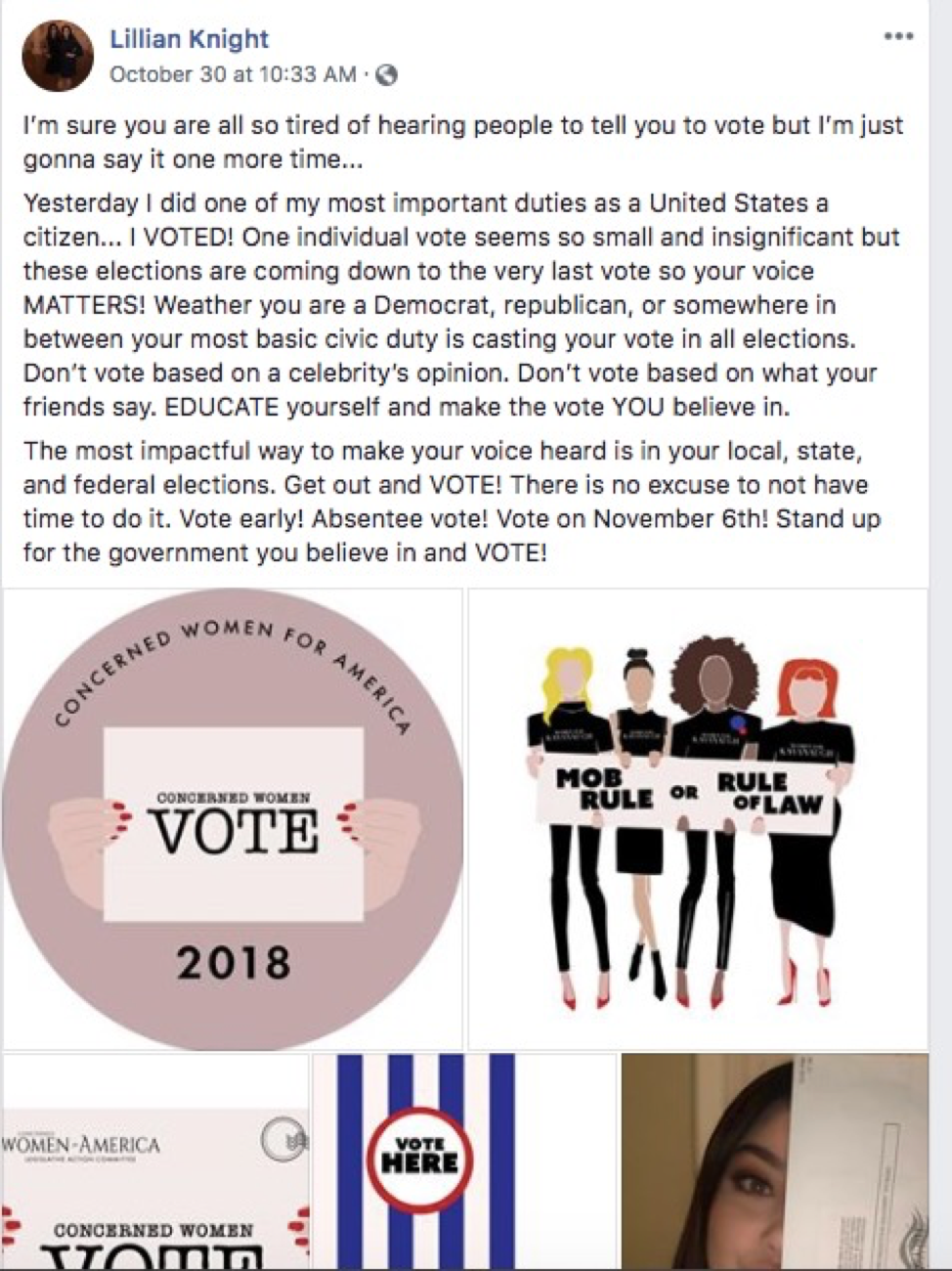 YWA Leader at Louisiana State University shares on Facebook why voting is so important! 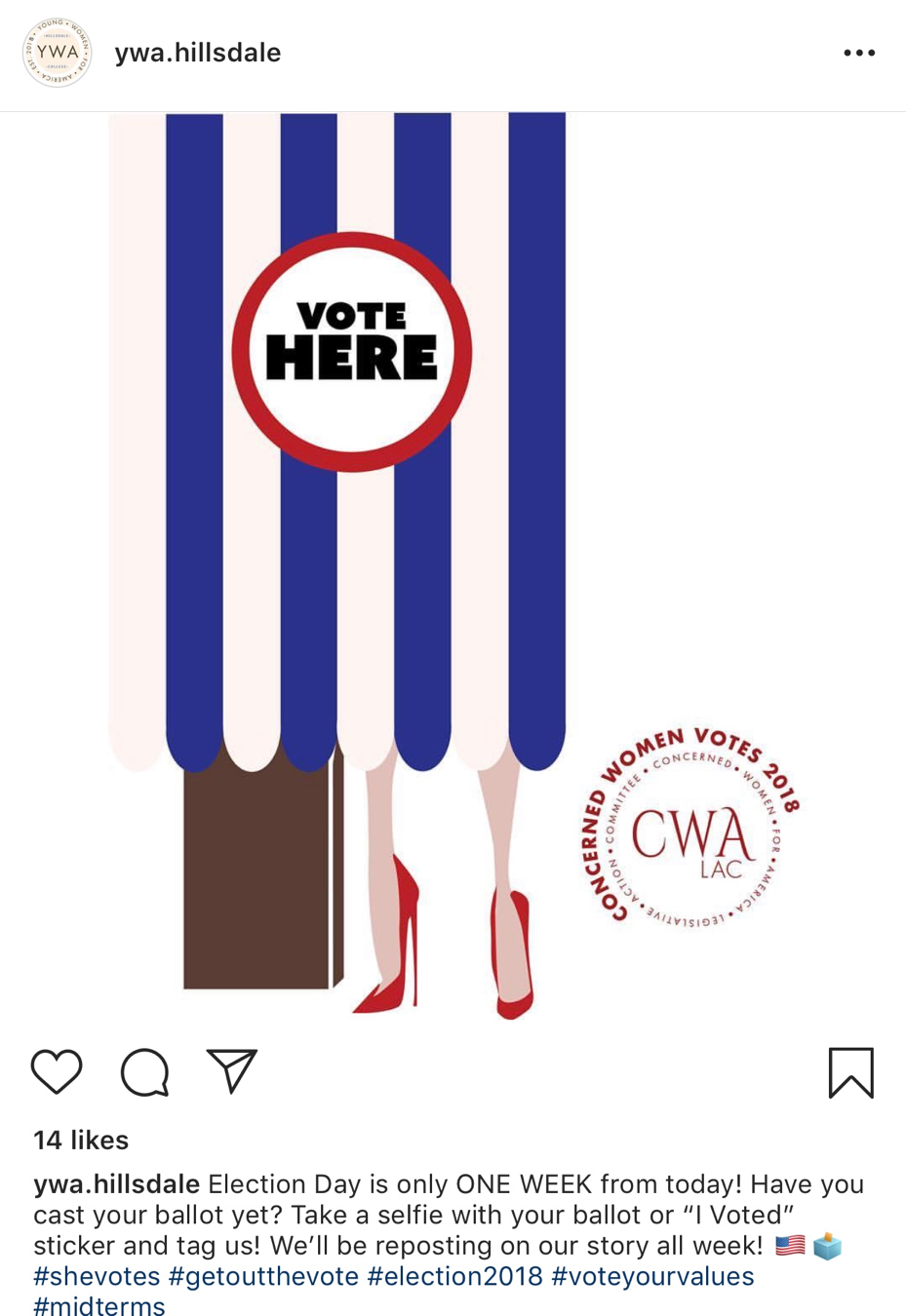 YWA at Hillsdale encourages its members to vote!