Everyone was tired when we landed in Israel, but our excitement trumped our lack of sleep! We landed around noon and headed straight to Ceasarea, a town on Israel’s Mediterranean Coast. Ceasarea was a magnificent port city built by Herod the Great. The 2000-year old Roman Amphitheatre, the city’s center of entertainment, still stands and is used today. We actually sat inside while a band set-up for a concert that night.

Ceasarea is breathtaking. It was our first glimpse of the Mediterranean before we got to our hotel that night which was right on the beach. 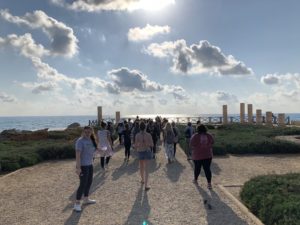 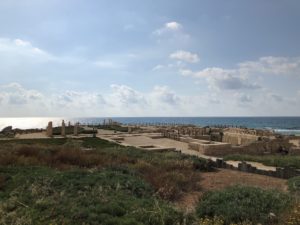 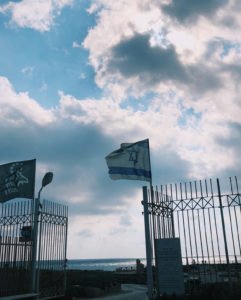 In the morning we visited Alfei Menashe, a town overlooking the West Bank and took a tour of an archeological site, Tel Shimron, in the Jezreel Valley. From there we went to Nazareth, Jesus’ childhood home. We visited a museum, toured the old village of Nazareth, had an authentic Nazarene lunch and toured the Church of Annunciation. We ended the day at Mount Precipice. This is the cliff where Jesus passed through the crowds who attempted to throw him off the edge. (Luke 4:16-30) 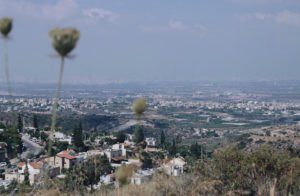 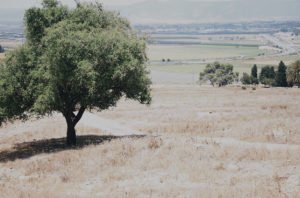 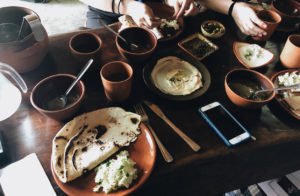 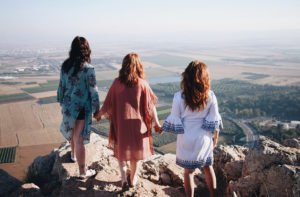 “The grounds of the Basilica of the Annunciation in Nazareth were remarkable.  I marveled at the beautiful mosaics along the walls, which showcased different depictions of Jesus’ Mother from around the world. Once I entered the basilica, I began to contemplate how impactful Mary’s ‘yes,’ or fiat in Latin, was to the life of Christ.  By Jesus calling her ‘woman,’ she became the ‘New Eve’ whose ‘yes’ to Gabriel overcame Eve’s ‘yes’ to the serpent in the Garden of Eden.” -Valeria Tkacik, former YWA Chapter President, now alumni, of Ave Maria University 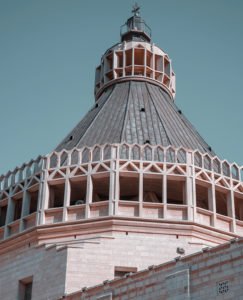 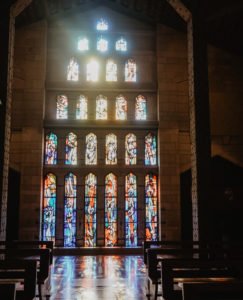 “As I look back on our first full day touring Israel, I am touched by how fitting it was that one of the first sites we visited was the Basilica of the Annunciation. Our pilgrimage began where salvation history began all those centuries ago. It was here that Our lady’s humble and obedient ‘yes’ procured for humanity, Salvation itself, through the immaculate conception of Our Lord Jesus Christ. As I looked upon that Holy grotto where the Archangel Gabriel appeared to Mary, I was struck by the unassuming and lowly nature of the place. How modest and plain the spot where the Divine would make an entrance into our everyday world. This mystery is so compelling because it mirrors the interior experience of our souls, as Our Lord reveals Himself to us, though unfit and limited, and we are to then respond to His grace. And so I uttered once more, yes, to Our Lord, in that same place as did The Sweet Virgin, whose trust was so fearless and so complete in The Divine Will.” -Veronica Hays, YWA Member at George Mason University