By CWALAC StaffJuly 5, 2018Blog, News and Events, Support for Israel

We started day three in a town called Jish in the Upper Galilee where we heard from Shadi Khalloul, an Aramean Christian Maronite Israeli. He is the founder and chairman of the Israeli Christian Aramaic Association and spokesperson for the Christian Israel Defense Forces Officers Forum. He previously served as a lieutenant in a paratrooper division of the IDF and today is a captain in the IDF reserves. Shadi loves his community, his heritage, his homeland, and serves the Lord and everyone around him by seeking unity between Christians, Jews, and other communities. Among many issues that he tackles, Shadi is currently working to revive the Aramean identity that has been stifled by centuries of persecution. We were hosted in the town that he is working to rebuild, in an Aramean church, where he showed us 350-year-old Aramean Bibles, and taught us to say the Lord’s prayer in Aramaic. His passion for his people and zeal for unity is contagious. Shadi has visited CWA headquarters in the past to share about the work he is doing in Israel and we were excited to be there visiting him in his home. Many girls talked about the fact that he was one of their favorite speakers! 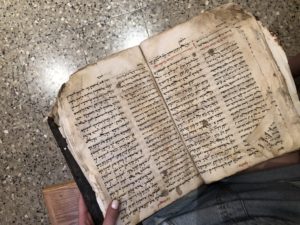 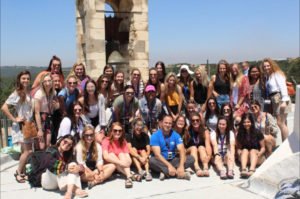 From there we traveled to the Golan Heights, an area of land recaptured by Israel in the 1967 Six-Day War. When you stand on Mt. Ben Tal in the Golan you look out at see where Lebanon, Israel, and Syria meet.

“Surveying the Golan Heights this past June was a surreal experience. It has been a disputed territory since before Israel’s supernatural victory in the six-day war. Standing at the observation point made me feel so small, as I stood on the border and looked into Syria and Lebanon. I felt safe traveling with Passages, with the IDF and other tourists all around. However, seeing the UN peacekeepers at their posts in the Golan Heights made the reality of where I was sink in. There was a reason for their presence, and a reason there were so many soldiers around. As an American who has never truly seen or felt the effects of war, it is easy to have a false sense of security when traveling around Israel. But the people of Israel live their lives on defense because of what they have endured in the past and continue to endure today.  Visiting the disputed territory was an incredible reminder of the power of God and His love for Israel and its people.” – Rachel Prusak, former Communications Officer, and now alumni, of the YWA Liberty University Chapter 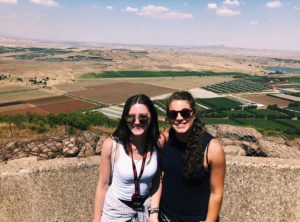 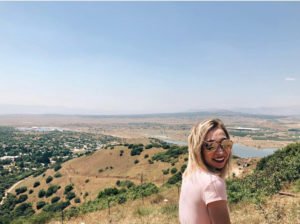 “Hearing Dr. Faydra Shapiro speak was an incredible opportunity to understand how Jews and Christians view and relate to each other. Her talk explained what Jews and Christians should know in order to foster a fruitful and respectful engagement between the two groups of people. The points Dr. Shapiro brought to my attention gave me a new insight to understanding the Jewish people. The most impactful points were that the Jewish people are suffering from post-traumatic stress and how evangelism alienates the Jewish people. The Jews have been persecuted throughout history. This history of persecution will not allow the Jews to feel too safe or comfortable with their current situation. After all, one of the safest places to be Jewish was Germany before World War II. This is one of the reasons Jews may seem reserved or guarded when approached with a conversation about faith. We also discussed how many Jews are uncomfortable with Christianity because they do not know enough about it as they do not need to have an understanding of Christianity in order to practice their faith. The same thing cannot be said for Christians. The roots of our faith lie in the Jewish Bible and in order to have a better understanding of our faith we need to have at the very list a minimal knowledge about Judaism.” – Marija Pritchard, member of the YWA

Today was one of our busiest days. We were on the go from breakfast to dinner! 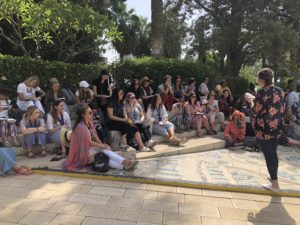 We spent time in Capernaum studying the beginning of Jesus’ ministry and miracles on the Galilee, had a traditional lunch right on water’s edge, and took a Cruise on the Sea of Galilee. 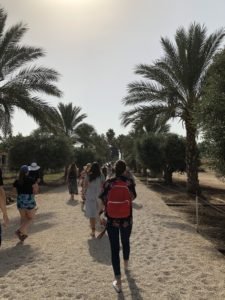 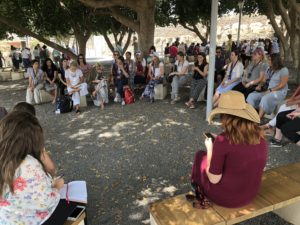 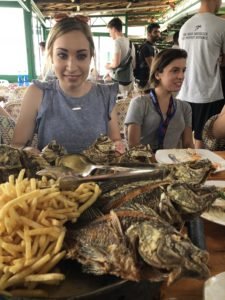 “One of the most memorable parts of the trip for me was being on the Sea of Galilee. Our group cast our burdens into the Sea and let God take them from us. When doing this, I prayed that these constant lies that I had been feeding myself for so long would no longer have any power over me and that these hateful words and thoughts would no longer be in my mind. Once I finished praying and threw my rock (representing these burdens) into the sea, I began to cry, not because I was sad, but because I felt liberated. I felt the burdens I carried for so long finally leave. This is something I will never forget.” – Annie Martinez, YWA Chapter President at Stephen F. Austin State University

We ended the day at the Jordan River where 19 girls chose to be baptized. Five of them were baptized for the first time, and as we gathered together on our last day in Israel to remember our favorite portions, a number of girls who were baptized took this away as the highlight of their time in Israel. 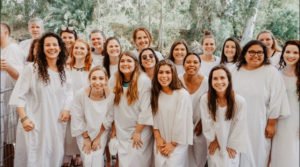 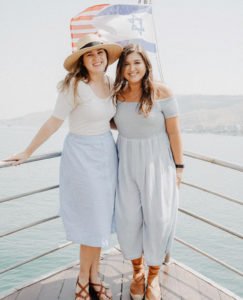