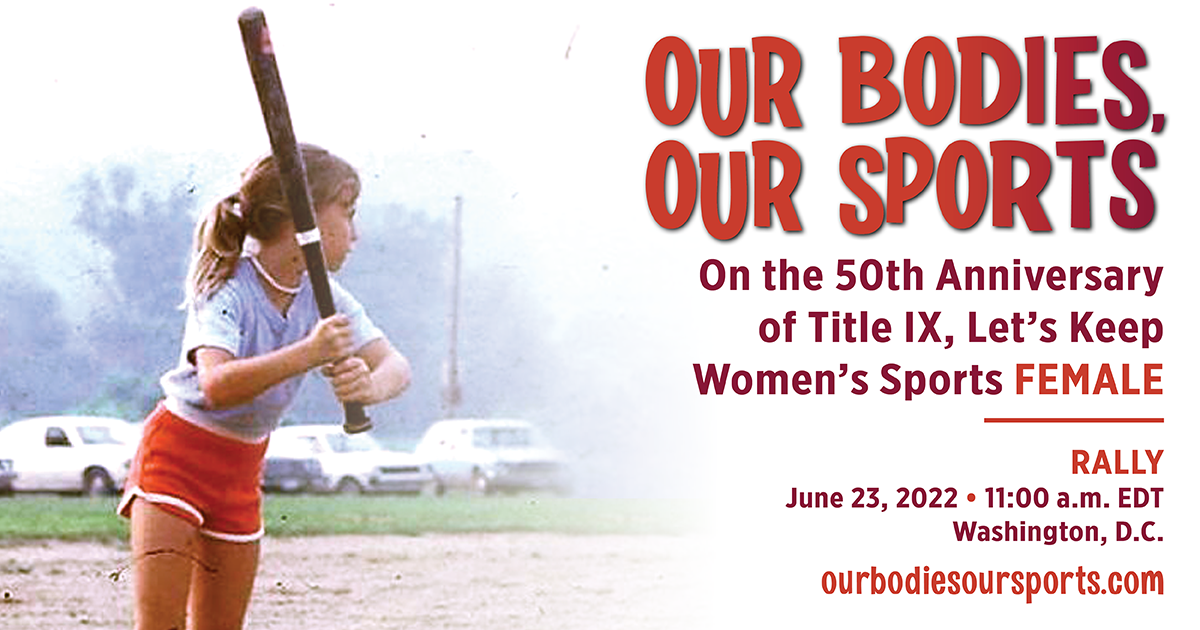 WASHINGTON, D.C. – On June 23, female athletes, parents, and advocates will join fourteen organizations from across the political spectrum to rally for “Our Bodies, Our Sports.” June 23 marks the 50th Anniversary of Title IX, the federal civil rights law as part of the Education Amendments of 1972 which prohibits sex-based discrimination in education.

WHAT: Rally for “Our Body, Our Sports” to celebrate female athletes and single-sex competition.

WHY: To celebrate 50 Years of Title IX and advocate for fair play in women’s sports.

WHO: Athletes in attendance will include:

HOW: For interviews or additional information please contact Katie Everett, Press Secretary at 571-420-2488 or at [email protected]