Victory for Life, Much Work Ahead

By Shari RendallMay 15, 2015Blog, News and Events, Sanctity of Life 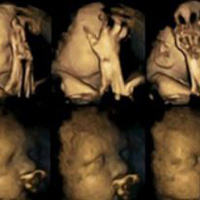 Wednesday, the House passed the Pain-Capable Unborn Children Protection Act, H.R. 36, by a vote of 242-184.  This legislation is one of the most crucial pieces of pro-life legislation since the passage of the Partial-Birth Abortion Ban.

The Pain-Capable Unborn Children Protection Act not only protects babies who are five months in the womb and can feel excruciating pain, but it also protects women who are at an increasingly greater risk of experiencing the harmful effects of late-term abortion.

The road to the bill’s passage was a bumpy one. Wednesday’s vote, however, energized the pro-life movement which had the wind knocked out of its sails earlier this year when the bill was pulled off the calendar hours before its consideration — and at a time when thousands of pro-lifers were in town to attend the March for Life.

While House Leadership made a commitment to the pro-life movement that they would bring this bill to the floor for a vote as soon as possible, pro-lifers were trying to figure out how it would happen.

It was disappointing to listen to pro-abortion Members of Congress who continued to argue that a woman and “her medical provider” should be able to make the decisions over “her body.”  They would not acknowledge that the five-month-old baby in utero is a baby that has rights to life.

These pro-abortion Members completely disregarded the scientific evidence that even the New York Times recently recognized: the simple fact that these babies could survive outside the womb.

Now the bill moves onward to the Senate where it will face a steeper climb.  While Majority Leader McConnell has said he will bring the bill to the floor, he will need at least six Democrats to vote with all the Republicans.   Join us in the fight to protect babies who are five months gestation who suck their thumbs, recognize their mothers’ voices, startle with loud noises, and feel and recoil from excruciating pain.  Call your senators today at 202-224-3121 and urge them to support the Pain-Capable Unborn Children Protection Act.  To find your senators, visit www.senate.gov.