“Until Justice Rolls Down Like Dollars”— the SPLC Exposed 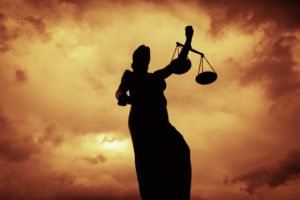 The Southern Poverty Law Center (SPLC) has once again been exposed for what it is, “a high profitable scam,” according to one former employee who wrote for the New Yorker in a recent, explosive op-ed. Recall that the SPLC is a hateful racket that smears Christian conservatives as racists. Remember when they smeared Dr. Ben Carson for having a Biblical, historical view of marriage?

The SPLC was key in that horrible shooting attack at the Family Research Council that injured their building’s security guard, Leo Johnson. After the incident, the FBI released a video of the terrorist’s interrogation where he confessed to using the center’s “Extremist” list map to find out where the councils’ offices were located.

Still, the SPLC’s smear campaigns were highly profitable for the group, so it continued to expand its list of “hate groups” with Christian organizations. For years, we have struggled to tell the world about this fraud of a group, making some strides. At one point, they were used as an official resource by the Department of Justice (DOJ), and they were removed from that position, thanks to the light that was shone on them. But many in the media showed little interest, since they were useful politically. These recent revelations might change all that.

“The Law Center had a way of turning idealists into cynics,” wrote Bob Moser, the former SPLC writer.  He joined the SPLC thinking it was a justice-seeking small organization and discovered it was all a façade. He recounts one employee referring to their offices as “the Poverty Palace.” Allegations of racial discrimination came from within while they accused everyone else of discriminating.  Sexual harassment allegations also loomed which eventually led to the firing of Morris Dees, one of SPLC’s co-founders.

Of Dees, he recalls one exposé that showed him to be one “who viewed civil-rights work mainly as a marketing tool for bilking gullible Northern liberals. … Co-workers stealthily passed along these articles to me,” he says.

When the news of Dees broke, he notes another former SPLC employee said, “It could be racial, sexual, financial — that place was a virtual buffet of injustices.”

But that’s on the inside. On the outside, they’re bringing in the money by accusing others, most prominently President Trump, of the things they are practicing. He writes, “Donald Trump’s presidency opened up a gusher of donations; after raising fifty million dollars in 2016, the center took in a hundred and thirty-two million dollars in 2017 …”

But friends, the reality is that, even after all of this (after all those facts) the SPLC continues its hateful work today as it did yesterday, aided by its multi-million-dollar endowment. Next week, hundreds of journalists will refer to Christian organizations smeared by the SPLC as “hate groups.” George Clooney, who donated a million dollars to them recently, and Apple, who chipped in another, and hundreds of other liberals seeking to advance their radical causes will continue to support them and ignore their putrid foundation, because they help them smear their opponents.

This is why we must be diligent to expose them at every turn. When you see a journalist quoting their stats or their “hate group” classification, write to them and let them know that they are discrediting themselves by using the SPLC.

If you see it on television or radio, call the station. It must become common knowledge that the SPLC is a racket and a hate group itself. But that can only happen through you and me. The media must be made to care; it won’t volunteer. Let us speak in unison, and we may yet see justice roll down like waters, as Martin Luther King, Jr., dreamed.