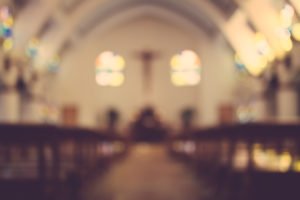 The Easter Sunday bombings in Sri Lanka targeted Christians. Among the sites targeted were St. Anthony’s Shrine in Kochchikade, St. Sebastian’s Church in Negombo, and Zion Church in the city of Batticaloa. More than 300 died and hundreds more were injured. Naturally, the entire world condemned the terrorists who engaged in these suicide bombings, and millions sent words of encouragement to those affected.

One rather bizarre group of iterations on Twitter cause many to wonder if a coordinated effort to minimize the victim’s religious affiliation was underway. A group of prominent Democrat leaders decided to use the Euphemism “Easter Worshipers” to refer to the Christian victims.

The attacks on tourists and Easter worshippers in Sri Lanka are an attack on humanity. On a day devoted to love, redemption, and renewal, we pray for the victims and stand with the people of Sri Lanka.

On this holy weekend for many faiths, we must stand united against hatred and violence. I’m praying for everyone affected by today’s horrific attacks on Easter worshippers and travelers in Sri Lanka.

On a day of redemption and hope, the evil of these attacks on Easter worshippers and tourists in Sri Lanka is deeply saddening. My prayers today are with the dead and injured, and their families. May we find grace.

Heartbreaking to learn about the attacks on tourists and Easter worshippers in Sri Lanka. Colorado stands with the people of Sri Lanka during this very tragic day and we grieve for those affected by these acts of violence.

I confess it is hard to conclude there was no coordination, though the motives are not entirely clear.

Former President Barack Obama tweeted: “The attacks on tourists and Easter worshippers in Sri Lanka are an attack on humanity. On a day devoted to love, redemption, and renewal, we pray for the victims and stand with the people of Sri Lanka.”

Why not say Christians? Why the hesitation? “Easter worshippers” is not a commonly used term so it seemed strange.

But then Former Secretary of State Hillary Clinton tweeted using the term (spelled the same way) to send her condolences: “On this holy weekend for many faiths, we must stand united against hatred and violence. I’m praying for everyone affected by today’s horrific attacks on Easter worshippers and travelers in Sri Lanka.” Others followed suit.

Many took offense. Christians worship Christ, not Easter, they were quick to point out. I am not unsympathetic. Words matter. Jesus was called “The Word” (John 1:1). Of course, the Bible is known as “The Word of God” (Hebrews 4:12). And the schemes of Satan have always involved semantic deception— “Did God really say, ‘You must not eat from any tree in the garden’?” (Genesis 3:1).

At a time when Christians are being persecuted all around the world in historic numbers, we need leaders (especially Christian leaders!) to be clear in their support for their brothers and sisters around the world. They are being targeted because of their faith and so their faith should not be minimized in any way.

According to Open Doors, every month, on average: “345 Christians are killed for faith-related reasons, 105 Churches and Christian buildings are burned or attacked, and 219 Christians are detained without trial, arrested, sentenced, and imprisoned.”

At one level, if this was an attempt to obfuscate the issue on the part of this group of Democrats, the attempt should be rightfully condemned.  But at another level, from the beginning in the first century A.D. those who followed Jesus have been described in many ways, almost always in an attempt to disparage our faith. In fact, the very term Christian was given to the disciples at Antioch (Acts 11:26) in a seemingly condescending way. Before that, they were known as people of ‘the way” (Acts 9:2; 11:26) or of “the book,” as identified in the Quran (5:77-80). These weird “Easter worshippers.”

I have a sense of pride then in standing with the brothers and sisters in Christ, whatever the world may want to call us. Even when done maliciously, to undermine us, “Blessed are [we] when people insult [us], persecute [us], and falsely say all kinds of evil against [us] because of [Jesus]” (Matthew 5:11).

So, I am a Christian. Count me in among those “of the book” or “of the way,” the “Easter worshippers,” speaking about the “unknown god” (Acts 17:23) and the crucified Christ, risen back to life (yes, in His physical body!) and sitting at the right hand of the Father (Acts 2:32-33). He is the hope of the world, and I will gladly suffer this and more to share that hope with you.