The Radical Normality of the Pro-Life View

By CWALAC StaffJuly 3, 2017Blog, Defense of Family, News and Events, Sanctity of Life 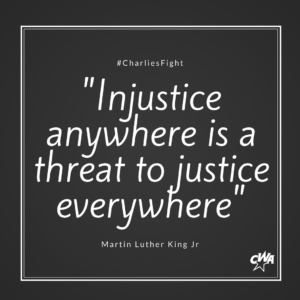 The world is shocked by the European Court of Human Rights decision to remove 10-month-old Charlie Gard from life support against the wishes of his parents. After his doctors said there was nothing more they could do for him, Chris Gard and Connie Yates, Charlie’s parents, raised 1.6 million dollars to move Charlie from London to the United States to pursue another treatment. Charlie has a rare genetic disorder that resulted in brain damage, and while the treatment they were pursuing was experimental, it was their last option in the fight for their son’s precious life.

I am not shocked. I am heartbroken and angry, but I am not surprised. The value of life begs for consistency. The moment it became acceptable to toss aside one human life, life everywhere became less valuable. For 50 years in England and 44 years in the United States, abortion has been legal. Throughout the decades that have followed, abortion has become morally acceptable. As it became acceptable for doctors to kill unborn children, absolute moral insensitivity followed.

At first there was the argument that the fetus was not a person. It served as a moral remedy for a time, but the majority of people today agree that this notion is now baseless. Science has shown us the heartbeats of children in the womb and their response to pain. We know they are human.

There is no excuse anymore, and there has not been such an excuse for a long time. But abortions have continued, in spite of the knowledge that the heartbeat on an ultrasound is not unlike the one that beats inside of you and me.

Following the legalization of abortion in the western world, the last several decades have witnessed so-called ethicists arguing for “after-birth abortions” or infanticide, the killing of infants after they are born. “Death with dignity” — euthanasia laws — have been passed throughout Europe and various states in the U.S. Peter Singer, the well-known moral philosopher and Professor of Bioethics at Princeton University, wrote, “[T]he notion that human life is sacred just because it is human life is medieval.”

Abortion has put us on a slippery slope headed towards moral bankruptcy. Americans have cried out against the European courts for ruling against Charlie’s parents, for ruling against the fight for Charlie’s life. But America? We are headed down that same slope. We are on our way, unless we choose to be exceptional in our regard for all human life. Pope John Paul II said these words to America in 1987, and they are just as apropos today.

“America the beautiful! So you sing in one of your national songs. Yes, America, you are beautiful indeed, and blessed in so many ways … But your greatest beauty and your richest blessing is found in the human person: in each man, woman, and child …

“For this reason, America, your deepest identity and truest character as a nation is revealed in the position you take towards the human person. The ultimate test of your greatness in the way you treat every human being, but especially the weakest and most defenseless ones.

“The best traditions of your land presume respect for those who cannot defend themselves. If you want equal justice for all, and true freedom and lasting peace, then, America, defend life! All the great causes that are yours today will have meaning only to the extent that you guarantee the right to life and protect the human person …”

There are many takeaways for the United States from the story of Charlie Gard, including the implications of state-run health care and parental rights. But the most prominent and the most vital to our success as a nation is a deep respect and genuine care for the intrinsic value of all human life. The idea that life is to be fought for, fiercely, until the very end should not be radical, it should be expected.