Planned Parenthood opens after making threats toward the city and in spite of building code violations, but you can’t keep a life-loving community down.

In spite of the highly controversial vote for the transfer agreement …

In spite of building code violations …

It seems that Planned Parenthood’s regular M.O. of threatening litigation and crying “discrimination against women” worked on the powers that be in the city of El Centro. And now the obstacles have been removed, and they can begin the dirty business of snuffing out babies’ lives, targeting minorities, traumatizing women, and polluting a life-loving community. Makes you wonder how they can sleep at night.

What about that Brown Act violation in the closed session vote for the transfer agreement?

El Centro City Council’s independent legal counsel, Procopio Law Firm of San Diego, claimed that the hospital had no choice but to grant the transfer agreement or risk a lawsuit from PP or loss of taxpayer funding. The closed session vote of February 24 led to the granting of the transfer agreement between Planned Parenthood and the El Centro Regional Medical Center. The suspected Brown Act violation was ultimately unchallenged legally.

What about the fire code and the building code violations?

Do you see a theme here?

But, you can’t keep a great community down.

In the midst of all this, the pro-life residents of the Imperial Valley haven’t backed down. At the May 5 El Centro City Council meeting, Dr. Alveda King, niece of civil rights leader, Dr. Martin Luther King, Jr., addressed the Council. 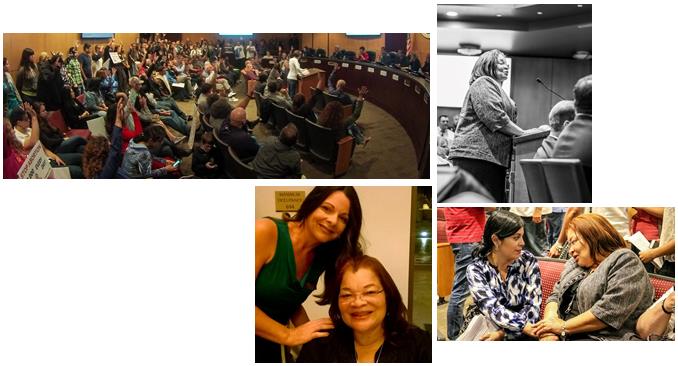 And, that same day, residents held what may arguably be the biggest baby shower ever in the courtyard of City Hall. Donations of baby items were made in large amounts to local family-centered charities. 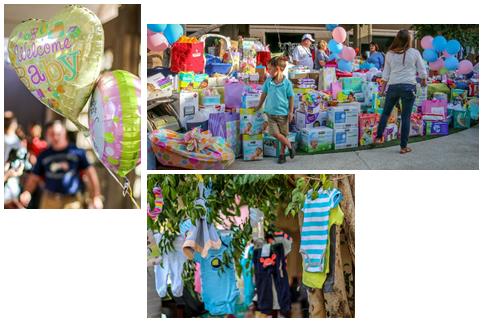 “Every man must decide whether he will walk in the light of creative altruism or in the darkness of destructive selfishness.” ~Martin Luther King, Jr.

What’s more, the building directly next door to the new Planned Parenthood has been purchased by a member of the Imperial Valley Coalition for Life. The property is currently being utilized for prayer vigils and peaceful protest. The ultimate goal in the purchase of this building is to open a Stanton Health Care which offers all the services of Planned Parenthood except abortion at NO CHARGE.

“Darkness is only driven out with light, not more darkness.” ~Martin Luther King, Jr.

2. Follow the Imperial Valley Coalition for Life on Facebook.
3. Please forward the link to this page on to like-minded friends, family, pastors and acquaintances.

Pray for the staff of Planned Parenthood. Ask the Lord to open their eyes to the horrors of abortion and give them the courage to stand against it.

Pray for women who will go to Planned Parenthood for their services.

Pray that Stanton Health Care will move in swiftly and women will be drawn to this life-giving health care clinic.