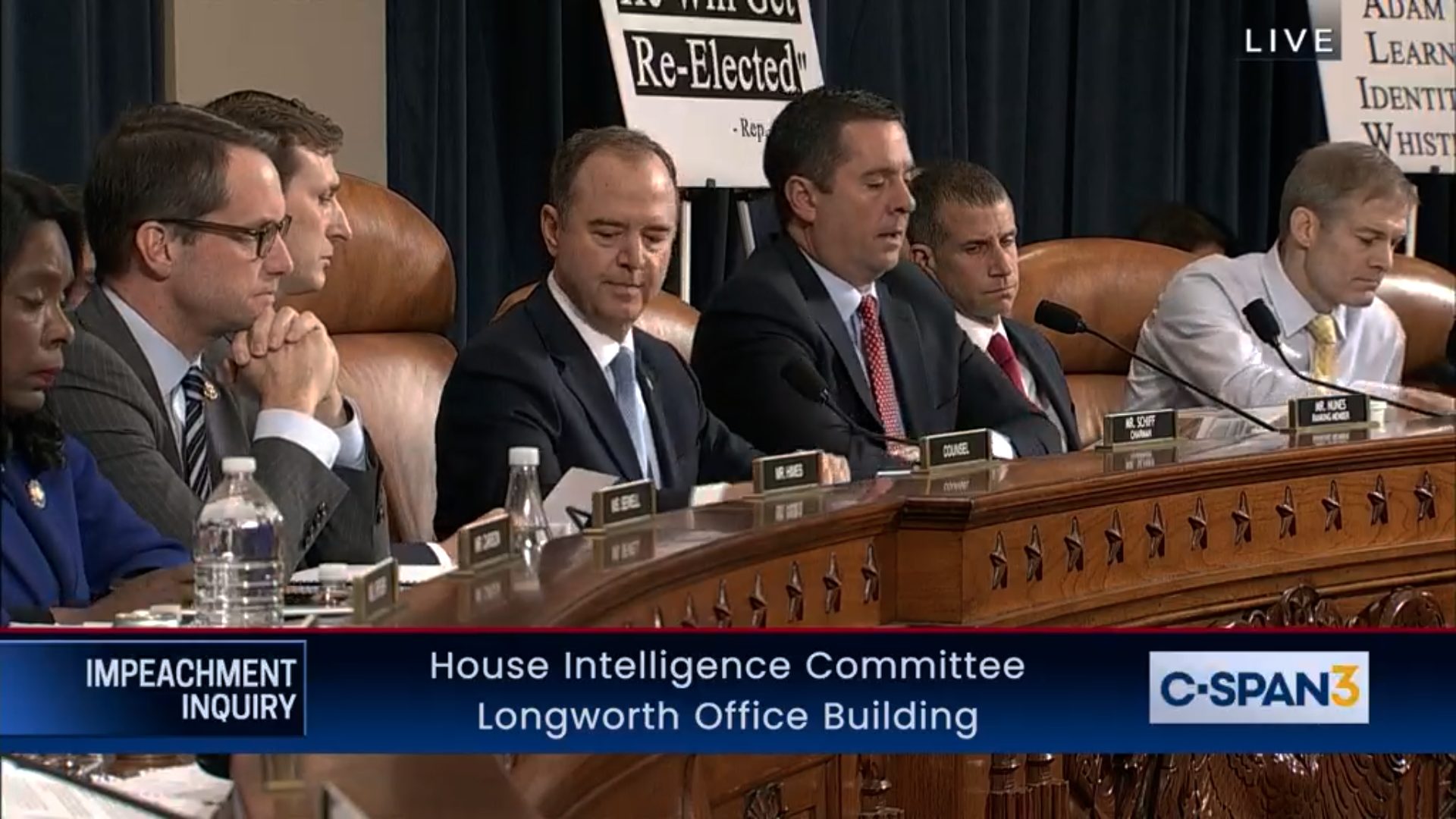 The putrid smell of malicious, partisan politics is all over the U.S. House of Representatives’ sham impeachment proceedings. It is unavoidable. Try as one may, the fetor coming from every statement, every report, every interview, every room, and every hallway is too much for any reasonable observer to withstand.

The outrageously hostile, personal (even beyond partisan) opposition to President Donald J. Trump from day one has been sort of mystical. On January 20, 2017, the day of President Trump’s public swearing-in ceremony, a Washington Post headline read, “The campaign to impeach President Trump has begun.” That’s how much faith the mindless opposition had on their efforts to find something, whatever, to remove him from office.

He is worse than Hitler, you see, came the justification. The conclusion that he is a threat to our democracy was accepted, approved, and promoted by the mainstream media as obvious. The suffocating blather in cable news has been non-stop. It has completely exposed them.

Even when the facts do not align with their argument, they will push through with the narrative. The excellent economic numbers, record unemployment, his work on prison reform, nothing the president does is any good to his opposition. Similarly, the lack of evidence is also no obstacle to the faithful.

They have moved away from the Russia “collusion” theory now, but, boy, it was as true as the sun as they covered it. Throughout the investigation, the big bombshell was always about to be revealed. I, like many other Americans, thought they must have something really big.

No. The Mueller Report came and went. They have moved on now. To Ukraine. Maybe this one will stick. The same players are driving the new angle on why Trump must be removed, promising again that the big reveal is just about to happen. Rep. Adam Schiff (D-California) still leads the effort. And we are supposed to believe this is all an impartial, duty-driven effort?

The Constitution sets a high bar to impeach a president. Article II, section 4 says, “The President, Vice President and all civil Officers of the United States, shall be removed from Office on Impeachment for, and Conviction of, Treason, Bribery, or other high Crimes and Misdemeanors.” Really hating the president does not seem to meet that bar.

Neither does this phone call on which they keep hanging all their hopes. After reading the transcript the president himself released, it is reasonable to conclude that there is nothing there. Sure, those with a predisposition to hate the president can read into it all they want. But the reality is that the facts do not amount to anything nearly close to an impeachable offense.

Actually, the more facts are known the worse it looks for the accusers. The money was not withheld; there was no investigation; the president of Ukraine denies feeling any pressure, and there is a whole lot more to this story than this simple phone call. There has been a whole lot of money and corruption and fraud through many years in Ukraine, including the fact that they played a role in the 2016 election. And we are supposed to just ignore everything because “Trump must go”?

To make matters worse, the way they are conducting the investigation with secret hearings, selective leaks, and denying the president any representation is completely according to the previous personal, partisan, emotionally driven efforts. It is most certainly not in the best interest of the country, trying to avoid any appearance of impropriety. It is a fundamentally unfair process, motivated by partisan political rancor, and Americans would do well to reject it, regardless of political affiliation.

Would any reasonable person think it just to remove the president from office under these set of facts as a whole?

Now we are starting to hear more about the alleged whistleblower, and, surprise, surprise he is a Democratic operative whose lawyer said in 2017, “A coup has started,” and “I predict [CNN] will play a key role in [President Donald Trump] not finishing out his full term as president,”  and “We will get rid of him, and this country is strong enough to survive even him and his supporters.” Seriously?

His prediction of the media’s role is eerie.

Those of us who witnessed the dastardly attack on Justice Brett Kavanaugh’s nomination up close are hard-pressed to ignore the glaring parallels – the stealth coordination between one party and the accuser, the innuendo and hearsay taken as gospel truth, and the media’s complicit role! It is shameful.

To think of the media’s role during the Kavanaugh hearings and their treatment of the ABC/CBS Epstein sexual abuse cover-up this week is maddening.

We have learned nothing except to distrust one another even more. I mourn for the loss of trust in the media we have experienced through it all. Same with Congress’ impeachment efforts against the president. How can any sane person have any confidence in this fishy process?