The Clock Is Ticking on Iran: Talks, Negotiations Extended Into Next Week

The Administration has postulated that a deal on Iran’s nuclear capability is the alternative to war as America and the P5+1 (the five permanent members of the U.N. Security Council, plus Germany) have endeavored to come to terms. It seems as though the Administration is happy to do whatever is necessary to close this deal, even if that deal leaves the U.S. with the short end of the stick. 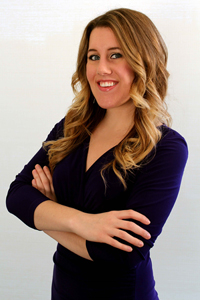 Reports out of Vienna, where the nuclear negotiations with Iran are taking place, are deeply troubling. The deadline has once again been pushed back, extending negotiations until July 7. This is just two days before the Obama Administration is required to submit the final deal to Congress, and it is in their best interest to do so sooner rather than later. In this instance, if the Administration misses the deadline, the deal will be in front of Congress double the amount of time it would be if submitted on July 9. Per the Iran Nuclear Agreement Review Act, the review process would be 60 days if submitted between July 10 and September 7 — bad for the Administration, but good for the American people to actually get a sense of what is included and what isn’t.

Yesterday, during a press conference, President Obama stated that he “will walk away, if, in fact, it’s a bad deal.” But those words don’t hold reassurance when details of extreme concessions have been running rampant among the press. Requirements that need to be a part of any good deal should include anytime/anywhere inspections of Iran’s nuclear facilities. Unfortunately, it seems that element is already on the chopping block.

Read the rest of this article on the Christian Post.