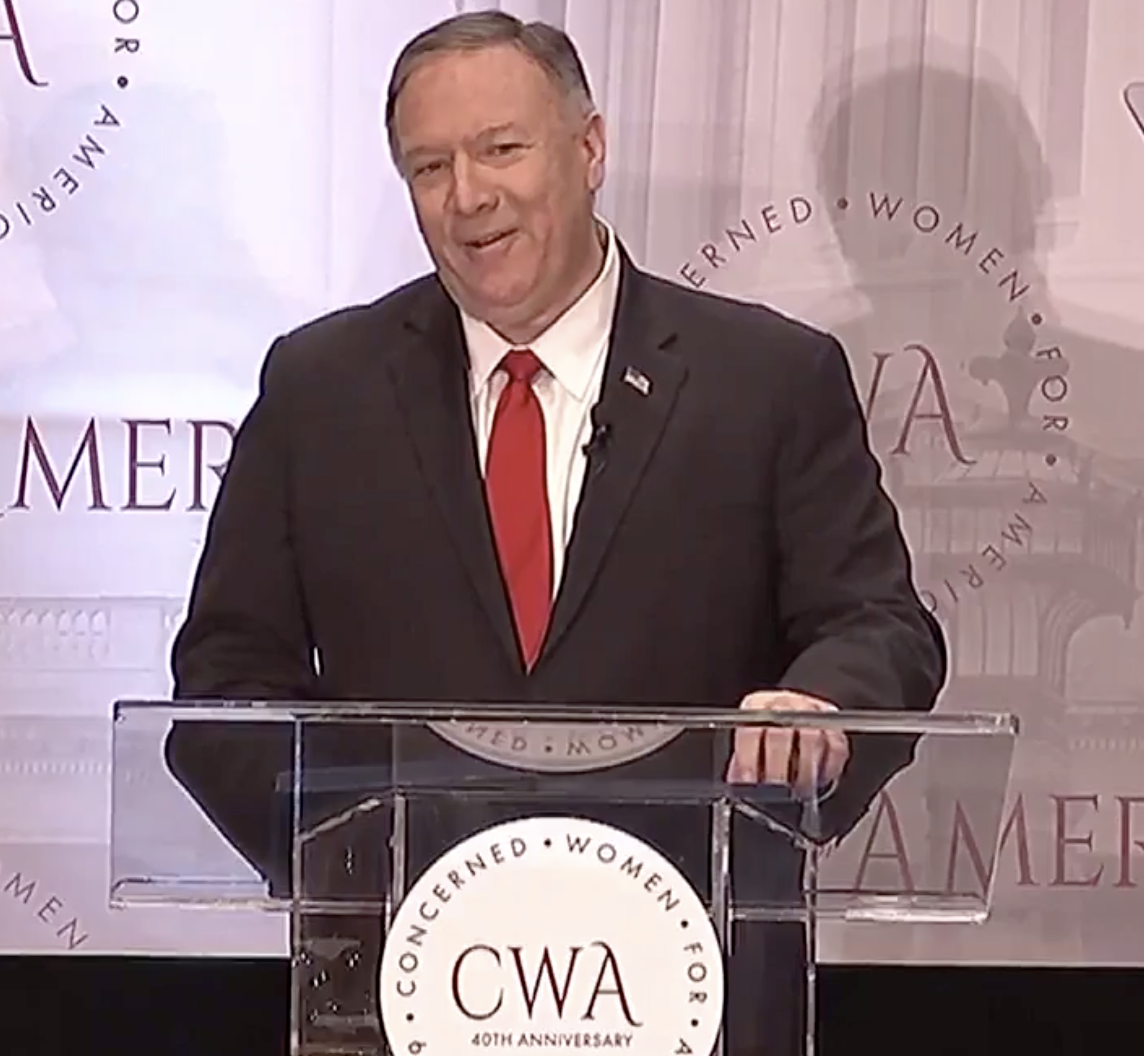 “We are so pleased to have Secretary of State Mike Pompeo and his wife Susan with us today,” Penny Nance said. “CWA’s involvement in the International arena is increasingly significant and has intensified with our staff addition of Dr. Shea Garrison. Secretary Pompeo has approached his job in a way that demonstrates a shared vision with CWA and our founder, Mrs. Beverly LaHaye, to expand pro-woman and pro-liberty policies at home and Internationally.”

In his remarks, Secretary Pompeo discussed religious liberty as the first American freedom enshrined in the U.S. Constitution as an unalienable right for all people. He also discussed his experiences leading the U.S. Department of State to fight for that freedom as a U.S. foreign policy priority for millions of people around the world, including through the Ministerial to Advance Religious Freedom and the Commission on Unalienable Rights.

“Concerned Women for America’s work in the International arena is not new. With God’s guidance and direction, we made our first foray 23 years ago at the U.N. World Conference for Women in Beijing,” said Mrs. Beverly LaHaye. “Impacting international women for Christ’s work has always been a vision for CWA, and I am pleased and gratified at  how much progress CWA has made internationally under Penny’s leadership along with the expertise of Dr. Shea Garrison.”

CWA’s work internationally has focused on family and life, empowering women, and advocating for religious freedom around the world. To see more about CWA’s international department and its work, click here to see a video.

Read Secretary Pompeo’s Speech and Q and A With Penny Nance Here.

See News Report from the Event from The Washington Examiner.