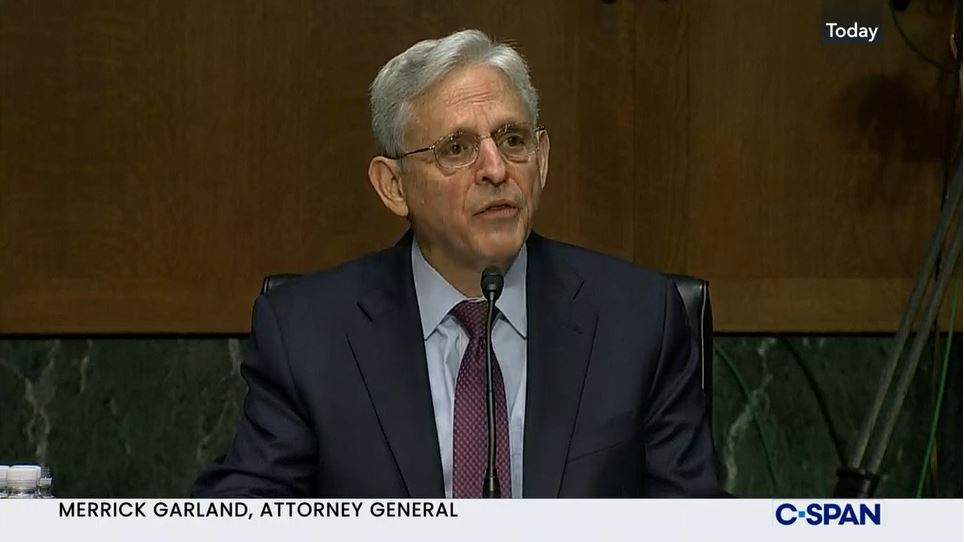 Attorney General Merrick Garland appeared before the Senate Judiciary Committee this week for an “oversight hearing” of his leadership at the U.S. Department of Justice (DOJ).  Out of the gate, Republican Senators took the opportunity to question him intensely on his October 4 memorandum to the Federal Bureau of Investigation (FBI) in which he cites “a disturbing spike in harassment, intimidation, and threats of violence against school administrators, board members, teachers, and staff who participate in the vital work of running our nation’s public schools.” When pressed, Garland admitted he had no evidence of these charges beyond news reports that he failed to investigate.

As a paper trail of communication has uncovered,  AG Garland’s memo was undeniably a coordinated response to a request for action from the National School Boards Association (NSBA) in a letter to President Biden that likens the actions of engaged parents as “the equivalent to a form of domestic terrorism and hate crimes.”

Lost on no experienced advocate is the chilling effect this threat from the nation’s most powerful law-enforcement apparatus will inflict on parents trying to stand up for their rights as taxpaying citizens and the safety and protection of their children in schools. Concerned Women for America immediately sent a letter to Attorney General Garland when he issued his directive, reminding him that parents are sovereign in raising and educating their children and their grievances are protected speech, not an excuse for federal investigation.

While he repeatedly identified “spirited debate” and disagreement over school policy and curriculum as a First Amendment right, Garland defiantly defended the tone and content of his memo to the FBI, refusing to recognize the rightful concern such a call for federal law enforcement engagement in local schools has raised.  Even in the aftermath of NSBA retracting the aggressive language in its letter—catalyzed by school boards in Missouri, Ohio, and Pennsylvania making high-profile exits from the association—Garland doubled-down and rejected any call for withdrawing his decree.

AG Garland’s appearance before the Senate came on the heels of his testimony before the House Judiciary Committee. During that hearing, Democrat Chairman Jerry Nadler refused a request from Republicans to air a revealing video compilation of courageous moms and dads speaking at school board meetings and pleading with local authorities to hear and respect their concerns. Censoring this video for a public hearing begs the question: Why are Democrats bent on suppressing the voices of parents? Perhaps they fear what this exposure really means about their morally destructive agenda.

Before the government-mandated closures of COVID-19, many parents had no idea what was being peddled in the classrooms. When parents were forced to become home-based substitute teachers, they were given an inside view into radical curricula promoting the left’s agenda for Critical Race Theory, deceptive gender ideology, and sexually explicit content. It was a needed wake-up call.

If there is anything positive to take away from Garland’s Senate appearance, it was his repeated acknowledgment that airing grievances and opposing school board policies are protected forms of speech under the Constitution.  What remains to be seen is how this Administration might weaponize law enforcement to intimidate parents from action if school officials do not like what they hear and want to threaten parents into silence.