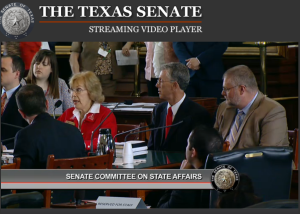 How did you get started with CWA?

“I joined CWA at the invitation of a stateside friend while living overseas because I wanted to impact the culture despite living outside the country.  After returning to Houston in 1996, I was delighted to discover an active group of people whom I could join to be educated and to pray and work to restore our country to righteousness.”

Tell us about a cool opportunity you’ve had to serve God through CWA.

“After a few years of being a member, I applied for a leadership position and was approved as Legislative Liaison for Texas. I loved going to Austin to advocate for life and marriage as those are the areas where I feel called to be involved. While in Austin one session, I visited the office of one of the north Texas representatives on an issue.  When his staffer offered to let me talk to him on the phone while he was on the House floor, I was happy for that opportunity.  However, much to my surprise, he said he would come to the office to see me in person.  Wow! I was not even his constituent, but he came because I represented the thousands of CWA members whom he greatly respected.”

Recently Bev had the chance to testify before the Texas state Senate Affairs Committee concerning SB 2065 which was a bill that would protect members of the clergy from being forced to perform marriage ceremonies that conflict with their religious convictions. This is just one of many examples of times where God has used Bev to speak up for Biblical Truth in Texas.

You can watch the video of Bev’s testimony here.

“Working as a ‘lone wolf’ may be gratifying, but if you really want to make a difference, join your voice with those of thousands of other like-minded citizens for a major impact.”

Like Bev, you have the opportunity to join with thousands of like-minded individuals who are passionate about the issues that matter most to you. You could be the next voice that impacts America! Join CWA in your state today! For more information on how to lead or join a CWA State Chapter or Prayer and Action Chapter, attend events and rallies, sign petitions, and much more visit: www.CWFA.org.