Sending a Message in Shirts

By Hannah WegmanMarch 7, 2016Blog, News and Events, Sanctity of Life

Recently, a proud member of Concerned Women for America (CWA) spoke up for the unborn, and her voice echoed loud and clear. College of the Ozarks Vice President of Cultural Affairs and Dean of Character Education, Sue R. Head, Ed.D., sent a letter to the CEO of Lands’ End, Ms. Federica Marchionni, in regards to the company’s latest spring catalog. In the issue, a section honored Gloria Steinem as a “legend” and offered a promotion for monogrammed items to support Gloria’s Fund for Women’s Equality, Inc. Customers had the option to add the ERA Coalition logo to their order, and for every logo purchased, Lands’ End promised to donate $3 of the proceeds to Steinem’s organization. 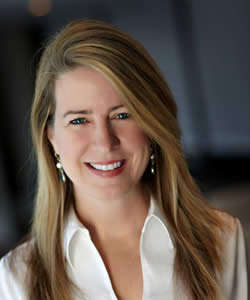 The members of CWA commend Ms. Marchionni for her example of hard work and incredible female achievement in the business realm; however, the recent catalog decision was, in a sense, regressive, as the company sent the message that women achieve empowerment and equality through abortion. Not only that, the catalog glorified Gloria Steinem, a woman whose pro-abortion work has aided in the death of millions of innocent human beings — something which our members find neither praiseworthy nor “legendary.”

For that reason, Dr. Head wrote a letter to Ms. Marchionni stating that School of the Ozarks could no longer be a customer of Lands’ End. In her statement, Dr. Head said this:

“I find it ironic that your cover features young children and their families having an Easter egg hunt when Ms. Steinem stands for ending life in the womb. We will not be part of advancing your agenda or hers. At College of the Ozarks, we believe we are called to stand up against those who seek to destroy the Judeo-Christian values upon which our country was founded.”

Over the years, the school has spent over $150,000 in uniforms and is now taking its business elsewhere due to the clear leftist agenda of the company as of recent. College of the Ozarks sent a message to the students’ families welcoming them to return one of their purchased shirts to the company to show they support traditional values. According to LifeNews.com, Lands’ End has apologized and removed the campaign from its website.

CWA is extremely proud of and grateful for our members like Dr. Head who are willing to take a stand within their sphere of influence to protect Biblical values like the sanctity of life. It is remarkable the impact one believer’s voice (or shirt, for that matter) can have on their respective region, but what is even more incredible is our grassroots members are starting a ripple effect in our nation. Keep fighting to make our Creator’s and our Founder’s principles known throughout our nation; you are making an enormous impact. If you’re not currently involved in a CWA or Young Women for America Chapter in your area, check out our website to learn how you can join the voices of thousands of like-minded individuals today!