Searching for Douglass and King 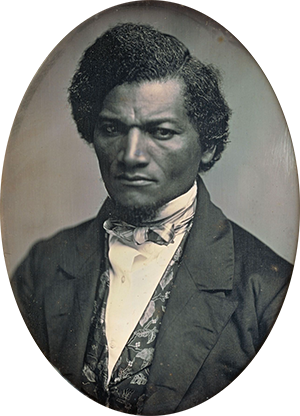 Most people of good faith grieve as they see the events unfold in Charlotte this week. The senseless violence is pointless.

I look at these kids aimlessly protesting, and I’m reminded of the events captured by the Apostle Matthew in the ninth chapter of his Gospel. The chapter concludes this way:

And Jesus went throughout all the cities and villages, teaching in their synagogues and proclaiming the gospel of the kingdom and healing every disease and every affliction. When he saw the crowds, he had compassion for them, because they were harassed and helpless, like sheep without a shepherd. Then he said to his disciples, “The harvest is plentiful, but the laborers are few; therefore pray earnestly to the Lord of the harvest to send out laborers into his harvest.”

Boy, is that prayer needed today! “Laborers! Laborers!” I want to cry out, “Where are the laborers, the leaders, the shepherds?”

When you think of the civil rights struggles of the past, you think of people like Frederick Douglass and Martin Luther King, Jr. I grew up reading and admiring these men. I wanted to be like them.

But where are Douglass and King today? Is there any civil rights leader today worthy of similar admiration? People are starving for leadership. Thousands of sheep without a shepherd. It is heartbreaking.

Douglass and King were people of character and virtue. Today, we have Colin Kaepernick and Black Lives Matter.

Unlike Kaepernick’s contempt for our national anthem, Douglass and King, respected America’s foundation as the chief cornerstone of their ultimate triumph. That’s why they were so confident. Holding on to the nation’s motto (you might remember the phrase appeared first in “The Star Spangled Banner”), they knew their triumph was certain. They called our nation to account based on the principles we professed.

Fredrick Douglass delivered an important speech in Rochester, New York on July 5, 1852, where he said:

You profess to believe “that, of one blood, God made all nations of men to dwell on the face of all the earth,” and hath commanded all men, everywhere to love one another; yet you notoriously hate, (and glory in your hatred,) all men whose skins are not colored like your own. You declare, before the world, and are understood by the world to declare, that you “hold these truths to be self-evident, that all men are created equal; and are endowed by their Creator with certain, inalienable rights; and that, among these are, life, liberty, and the pursuit of happiness;” and yet, you hold securely, in a bondage, which according to your own Thomas Jefferson, “is worse than ages of that which your fathers rose in rebellion to oppose,” a seventh part of the inhabitants of your country.

Martin Luther King’s “Letter from a Birmingham Jail” expresses a similar indictment. He appealed to those “God-given rights” we proclaimed in the Declaration of Independence and guaranteed by our Constitution and called the nation to account. He said: “An unjust law is a code that is out of harmony with the moral law,” citing St. Thomas Aquinas who said, “An unjust law is a human law that is not rooted in eternal law and natural law.”

Today, “Black Lives Matter” expressly stands in total opposition to natural law. And just as Douglass and King’s ultimate triumph was certain, so is their demise.

We all want an answer to police brutality and injustice. We all want the seemingly disproportionate shooting of young black men at the hand of police and others to stop. But today’s movement accomplishes just the opposite. They are not interested in solving the problem. If they were, they would listen to those who have been most successful in the fight for civil rights. They would listen to King when he insisted on peace, rather than violence.

They would listen to Douglass, who said he had “one great political idea”:

That idea is an old one. It is widely and generally assented to; nevertheless, it is very generally trampled upon and disregarded. The best expression of it, I have found in the Bible. It is in substance, “Righteousness exalteth a nation; sin is a reproach to any people.” This constitutes my politics — the negative and positive of my politics, and the whole of my politics. … I feel it my duty to do all in my power to infuse this idea into the public mind, that it may speedily be recognized and practiced upon by our people.

That’s bold. That is a radical philosophy that is sure to bring about the change many are seeking today. We need leaders who live it and proclaim it as Douglass and King did.

The harvest is plentiful. “Laborers! Laborers!” I pray.

This column was first featured on TheBlaze.

Mario’s book, “Be Spent: Winning the Fight for Freedom’s Survival” is available now!