Republican Victory in Senate Sets Stage for Antiabortion Push in 2015 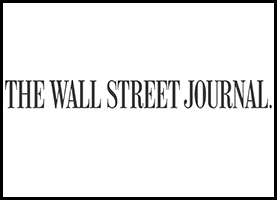 Now, for the first time since the Partial-Birth Abortion Ban Act was passed in 2003, outlawing a late-term procedure, the antiabortion movement sees opportunity on Capitol Hill as the GOP prepares to take charge of the U.S. Senate.

At the top of the agenda: legislation that would ban abortions at 20 weeks of pregnancy or later, pushing the legal boundaries set by the Supreme Court’s Roe v. Wade decision. Activists on both sides of the debate are gearing up for a fight that will demonstrate the consequences of Republican gains in the 2014 election.

“Unfortunately there has been gridlock on the abortion issue in Washington,” said Penny Nance, president of Concerned Women for America, a religious conservative group. She added: “This is going to be a put-up-or-shut-up moment.”

Opponents say the measure attempts to chip away at abortion rights that are guaranteed under Roe and is aimed at striking down the landmark ruling.

The 20-week abortion ban is based on the contested assertion that a fetus can feel pain at that stage of development. A bill called the Pain Capable Unborn Child Protection Act passed the GOP-led House in 2013 but never came up for a vote in the Senate.

“There’s no reason our constituents should be kept from having their voices heard on the issue in the Senate, as well,” Sen. Mitch McConnell (R., Ky.), the incoming Senate majority leader, told The Wall Street Journal through a spokesman last week. “I look forward to having the Senate consider similar legislation in the next Congress.”

A nationwide survey by Quinnipiac University last month found 60% of voters would back a 20-week ban with exceptions for rape and incest victims. Thirteen states have passed 20-week bans; courts have struck down the laws in three of them.

Only 1.3% of abortions occur after 21 weeks, the benchmark used by the federal agency that tracks the procedure. But abortion-rights advocates argue that the women affected are particularly vulnerable, facing personal health risks or carrying severely disabled babies. Ultrasound exams, which can reveal previously undetected abnormalities, are typically done at 20 weeks.

‘The ultimate goal of these bans is to make abortion illegal in this country, and this would be a step along that path.’

A 20-week ban “might sound like a good idea, but once people understand the real-life impact on women and their medical care, that’s where folks turn,” said Cecile Richards, president of Planned Parenthood Federation of America. “We’ve got a lot of education to do. The ultimate goal of these bans is to make abortion illegal in this country, and this would be a step along that path.”

The Senate’s new majority next year will include Republicans who won their elections with help from antiabortion groups, including Joni Ernst of Iowa, Thom Tillis of North Carolina, Tom Cotton of Arkansas and Bill Cassidy of Louisiana, who won a runoff Saturday against Democrat Mary Landrieu .

Still, antiabortion groups expect an uphill climb in Congress. With an eye on the next presidential campaign, Republican leaders are expected to focus on other domestic issues and foreign-policy challenges. To build a filibuster-proof, 60-vote majority on an abortion bill would require nearly universal backing from the 54 Senate Republicans next year as well as support from several Democrats.

The White House has already signaled that Mr. Obama would veto a 20-week ban, pointing to court decisions protecting abortion rights until a fetus is viable outside the womb, often considered to be 24 weeks.

“This bill is a direct challenge to Roe v. Wade and shows contempt for women’s health and rights, the role doctors play in their patients’ health care decisions, and the Constitution,” said the statement from the administration when the House passed the 20-week ban in 2013.

Mrs. Nance believes that a 20-week ban is compatible with the totality of Supreme Court opinions, including those, she said, “where it has said that the right to abortion is not absolute, and there are reasonable limits that can be imposed.’’

Democrats and their liberal allies have spent millions of dollars in recent elections attacking Republicans who favor abortion limits as outside the mainstream and hostile to women’s concerns. That strategy failed to significantly undercut Republicans in this year’s midterms, however, as candidates largely played down social issues such as abortion and tapped into the electorate’s widespread discontent with President Obama.

Abortion-rights leaders remain confident that raising the issue carries risks for Republicans. “Anybody in the U.S. Senate should think long and hard before voting to restrict access to abortion,” Ms. Richards said. “This will be an issue in 2016.”

The antiabortion movement’s lack of progress on Capitol Hill in recent years contrasts with its sweeping success in state capitols since the GOP wave in 2010. State legislatures approved 231 abortion-related regulations in the past four years, compared with 189 in the entire decade between 2000 and 2010, according to the Guttmacher Institute, a women’s health-policy organization.

The recent tide of restrictions includes the 20-week bans in 13 states, which abortion opponents say have helped build momentum for a federal law. They take the long view, noting that it took nearly a decade to pass the so-called partial-birth abortion ban.

“Getting a vote is the beginning piece,” said Marjorie Dannenfelser, president of the Susan B. Anthony List, an antiabortion group. “It’s going to be tough to get to 60 votes and this may take a couple of rounds, but we’re going on offense.”

—Janet Hook contributed to this article.

This article was originally published on The Wall Street Journal ‘s website.