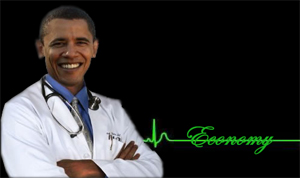 President Obama has bypassed Congress on multiple occasions, and based on the State of the Union (SOTU) address, he plans on using his executive “trump card” more frequently. President Obama has issued a total of 167 executive orders in the last five years. While the statistics are similar to that of past presidents, the underlying issue is much larger than the numbers convey. We should not only look at the volume of economic orders but, more importantly, the substance of those orders.

For example, President Obama promised that his upcoming orders will help the middle class.  One executive order will raise the minimum wage from $7.25 to $10.10 per hour for federal contract workers. In a news conference, House Speaker John Boehner (R-Ohio) said that a rise in the minimum wage could prove toxic to the American economy.

“When you raise the cost of something, you get less of it … [a]nd we know from increases in the minimum wage in the past, that hundreds of thousands of low-income Americans have lost their jobs.”

We also know that, as a result of President Obama’s Affordable Care Act (a.k.a., ObamaCare) and the mandates that accompany it, employers will be paying over $10.10 an hour for part-time employees. His Health Care Employer Mandate “reprieve” caused employers to cut worker’s hours; therefore, the president simply gave amnesty to some while placing the burden on others, in this case, middle class employees. It’s ironic that the very workers who Obama has, in this SOTU and past, pledged to help are the ones that his signature legislation (ObamaCare) has actually harmed.

Another example is President Obama’s executive order regarding National Defense Resources Preparedness, which bestowed governmental authority over wide sections of the economy not only during war but also in times of peace.Executive orders like this have the ability to strengthen federal supremacy and weaken state authority — against which our Founding Fathers sought to protect.

In an interview, Sen. Rand Paul (R-Kentucky) said he believes that the president is blatantly overusing his power. In response to a comment the president made about the difficulty of getting Congress to move, Paul stated that consensus is hard to accomplish. He said that one of the fundamental principles of our country was the checks and balances; it wasn’t supposed to be easy to pass legislation.

As public approval falls, the American economy is falling along with it. Obama himself speaks on how the inequality gap has grown. The question is not only do we trust the president to act alone, but more importantly, do we trust that he won’t abuse that power? From what we’ve seen and heard, the answer is “no.” President Obama blames Congress’ inability to “compromise” as his reasoning for taking matters into his own hands. But, the regular order of Congress can be resurrected. “How?” you ask. Americans can change the game through the mid-term elections, voicing our displeasure with Washington and this administration through the most important tool we “the people” have, our right to elect those who represent us in Congress.