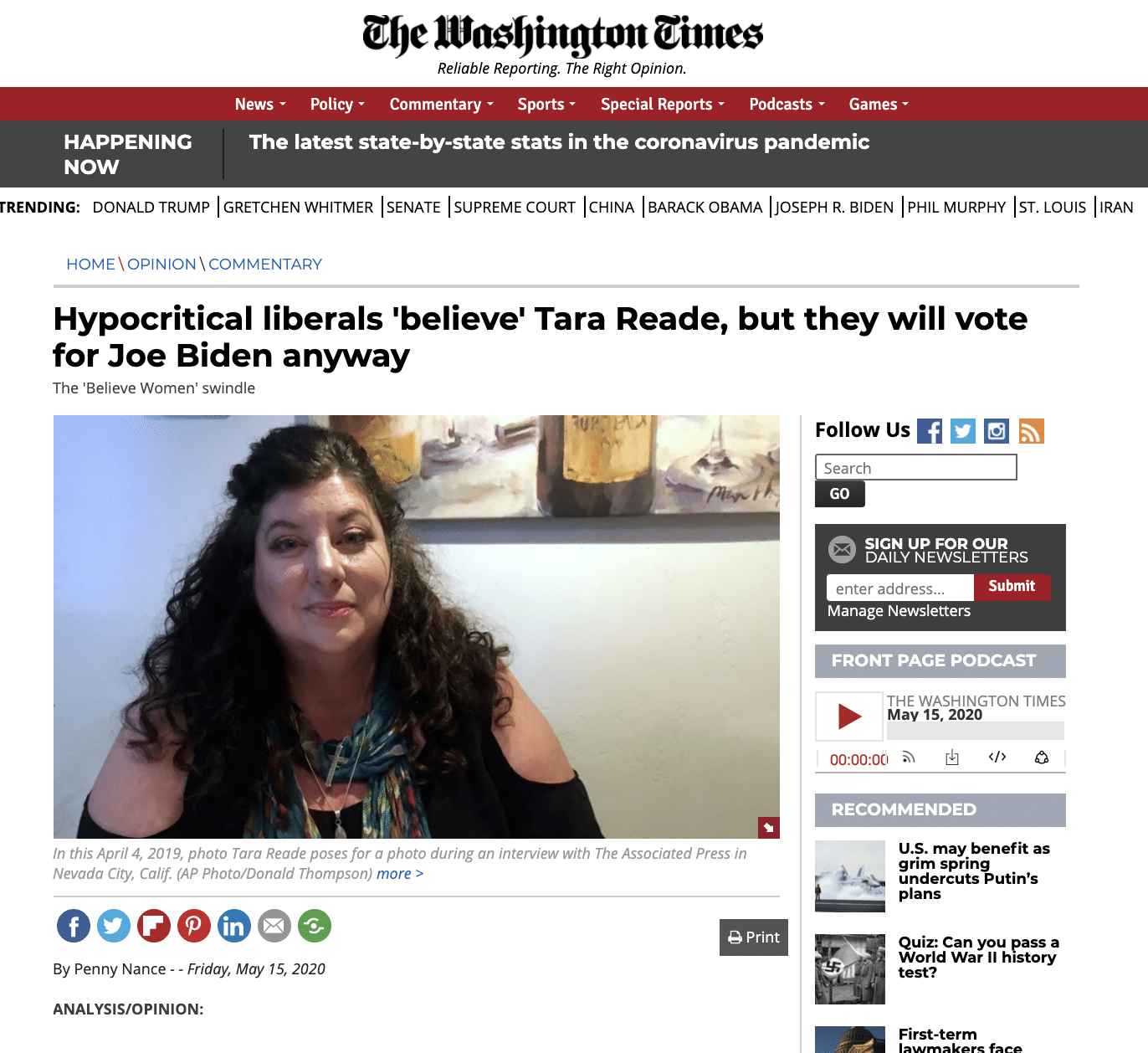 “Remember when Senate Democrats, Hollywood A listers and their media shills decreed that we must always “believe women?” Well, apparently that’s over now. Tara Reade’s sexual assault accusations against Vice President Joe Biden have forced them to change the narrative exposing what we always knew was a cynical plot against U.S. Supreme Court Justice Brett Kavanaugh.

Concerned Women for America (CWA), the organization I lead, had leaders from around the country present for every second of the now infamous Kavanaugh confirmation hearings. We saw Alyssa Milano in her “Believe Women” sash, supporting Dr. Christine Blasey Ford. She was one of the most vocal supporters of the #Metoo movement (though not the only one by any stretch) and adamant that we must believe women. “I believe survivors. No on Kavanaugh,” read the sign she carried around.

The evidence didn’t matter to them. Justice Kavanaugh was guilty from the beginning — even before an investigation. And certainly after, though no new information surfaced. Remember, Justice Kavanaugh had undergone, not one, not two or three, but six background investigations before being nominated to the Supreme Court. There was nothing to back up Dr. Ford’s claims. The people who Dr. Ford said were with her at the alleged party denied ever being there with her. Those were her friends. And she did not remember anything else. She did not remember the exact date or the place. Nothing backed up her story.”