‘Our Military Did Not Fight and Die Over Birth Control’

By CWALAC StaffNovember 12, 2014News and Events, Sanctity of Life 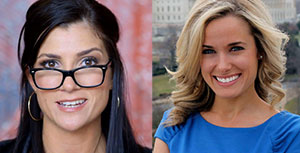 The pro-abortion group, NARAL, tweeted an image for Veteran’s Day of the American flag … kinda. Instead of flying high above our nation’s capital or standing strong amidst a battlefield, the image showed an American flag that had it’s stars replaced by birth control pills.

Conservative rock star, radio host, and author of “Hands Off My Guns,” Dana Loesch, highlighted her response, and the reprehensible tactics of NARAL, on her show last night. Check it out (warning on language):

We say “thank you” to women like Dana who stand up for the dignity of our military’s mission to fight terrorism and protect our country, not to fight some fictional, phony “war-on-women” made up by liberal Democrats who want others to pay for their stuff. We encourage NARAL to stay informed and engaged by tuning into the Dana Loesch show at danaloeschradio.com.