Obama’s State of the Union: Little Has Changed 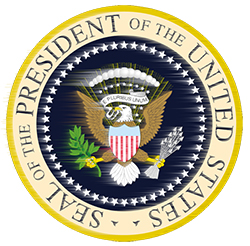 Obama has given his very last State of the Union address in his last year as president.  Despite a few moments of bipartisan approval, it revealed the same kind of biased rhetoric, emphatic tone, and distorted policies that we have come to expect of the president.

Regarding the economy, Obama claimed recovery and ignored that the benefits he expanded increased dependency, resulting in crippling debt down the line.  Speaker Ryan is appropriately cynical, explaining that wages aren’t increasing and that the poverty rate is near a generational high — signs of a weak economy, not a recovering one.  The Wall Street Journal reported this week that 93% of U.S. counties haven’t fully recovered from the recession.  Yet Obama says, “All the talk of America’s economic decline is political hot air. Well, so is all the rhetoric you hear about our enemies getting stronger and America getting weaker.”

By the time he gave the speech, developing events of the previous day had thrown into question his scheduled talking points.  Ten sailors were in the custody of Iran (later released); ISIS killed ten tourists.  The idea that the president has kept America safe is laughable.

Americans feel threatened by the looming possibility of a terrorist attack any day.  Obama is dismissing our concern, saying we are World War III extremists, but his unwillingness to face reality is increasing fears.  He simultaneously admitted this is a “dangerous time” but also claimed that this is not because of “diminished American strength,” refusing to take any responsibility for it.  He took several passes at associating ISIS with Islam in any way, saying we should simply call them what they are “killers and fanatics.” This is an implication of some exaggerated assumption that those who call ISIS radical Islam are somehow against all Muslims.  ISIS continues to commit terrorist attacks and humans rights atrocities around the world.  We cannot think America is somehow immune to them; in fact, we are a target.  Obama praised his efforts with Iran, but his Iran deal funds terrorist groups, endangers our ally Israel, and leaves American hostages behind.  Obama believes he can make a deal with those who are our enemies and cannot be trusted.

Also interesting is the social policy on which Obama didn’t dwell.  He only briefly mentioned “gay marriage.”  In addition to hurting our children, the new cultural and legislative shift has put our fundamental religious liberty in jeopardy by trying to push us beyond toleration into celebration.  He also ignored the Little Sisters of the Poor, who were featured GOP guests.  All they want is for their religious liberty to be left alone by Obama’s healthcare policies.  And Obama also neglected the issue of scandal-ridden Planned Parenthood, probably because the efforts against it are working, stalled now by his veto.  He dared to talk about how terrorists don’t “value human life” when he himself is pro-abortion.

A major theme was that Obama wanted a new politics, more civility. More “basic bonds of trust” and believing our opponents have good motivations:  “Our public life withers when only the most extreme voices get all the attention.”  Much of that is true! But is Obama willing to live by this himself?  Why is he the one constantly shutting down debate, refusing to work with Republicans, and being that extreme voice?  Why did he critique a pandering to special interests and divisions when he constantly panders to and illuminates them?

But conservatives are not intimidated by Obama’s sweet-talking, self-aggrandizement.  Speaking directly after Obama, South Carolina Governor Nikki Haley (R) expressed her well-founded concern over the economy, healthcare, civil unrest, and dangerous terrorism, but also laid out hope for an alternative: an economy that truly soars while controlling debt, and a foreign policy that celebrates Israel, not Iran.

Obama says his goal, like ours, is to help America’s future, to keep it prosperous and respected.  But his solutions only make America poorer and weaker by the day.  The fact is he ignored the important social issues of marriage, abortion, and religious freedom.  But as Nikki Haley explained, we have a chance to erase liberal policies and recover the heritage of our nation.  Our true hope in these times rests in God, in praying, in actively doing His will, and in earnestly beseeching Him to still bless America.