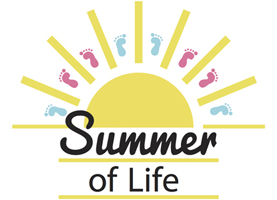 Concerned Women for America Legislative Action Committee (CWALAC) is watching the races in North Carolina very closely tonight. This year, ten of the 13 North Carolina members of Congress voted in support of S. 1670, the Pain Capable Unborn Child Protection Act, while Sen. Kay Hagan did not use her important vote to defend the unborn. According to the American people, 60 percent of women and 53 percent of men believe abortions after 20 weeks should be illegal. Typically, women have an innate maternal instinct — one that causes them to care about the protection of the most vulnerable in society. What a shame that a female legislator like Kay Hagan would vote against protecting the sanctity of life.

CWALAC and other pro-life groups stood outside Sen. Kay Hagan’s office this year during our “Summer of Life” rally to urge her to reconsider her position, and she blatantly ignored CWALAC’s appeals, as well as the pleas of the people of North Carolina. Based on her recent decisions regarding S. 1670, the race between candidate Thom Tillis and Sen. Kay Hagan is of utmost importance in protecting life in North Carolina. We’ll be watching this race closely tonight to make certain that North Carolinian leadership mirrors voters’ values and protects the unborn by giving them a voice that has been silenced for too long.