Calendar of Events and Speaking Engagements:

Wednesday, June 5 – CWA of North Carolina’s Day at the Capital in Raleigh with a Legislative Briefing was a great success! Click here to read all about it, view pictures and even pick and choose some of the speakers to listen to.

Tuesday, May 28– Sweet Union Republican Women’s Club
Mary Frances Forrester, CWA of North Carolina, Associate Director, spoke on Sharia Law sharing how this religious law evolves to become influential around the world and specifically what is happening in the United States.

Mary Frances articulates the strategic plan of radical Muslims to immigrate, become entrenched with authority, respect, and power in every part of American life. 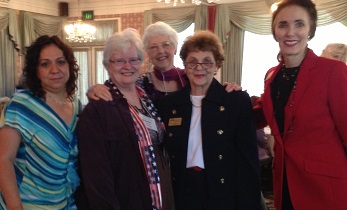 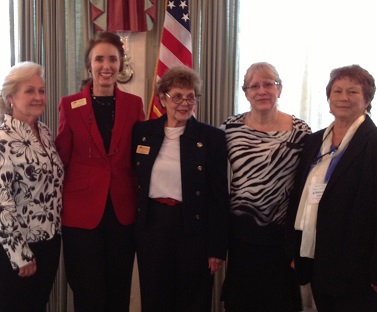 Sheri and Mary Frances were graciously hosted by the leaders
of the Henderson County Republican Women’s Club.

Sheri Miller spoke on “The Battle for America’s Soul”, protecting the liberties and Judeo-Christian values upon which our nation was founded, and to restore the soul of our country with faith, prayer, and dependence on God.

Mary Frances Forrester spoke on “The Bills We are Watching” about protecting traditional values with your voice and votes. The audience was encouraged to take action by contacting North Carolina legislators in support of traditional family values bills.

CWA of North Carolina Directors Interviewed on the Pressing Issues of the Day:

Monday, June 3, 2013. Sheri Miller, CWA of North Carolina State Director, and Mary Frances Forrester, CWA of North Carolina Associate Director, discussed “The Battle for America’s Soul” and “The Bills We are Watching” with Dr. Bill Campbell, Talk Radio Host of WHKP 1450 The Vital Connection. Click here then scroll down and click on “Battle for America’s Soul” to listen.

October 9, 2012 WGCR Talk Radio Host, Shanna Lanning spoke with CWA of North Carolina State Director, Sheri Miller concerning the November Elections and She Votes 2012, CWA’s national project to get out the vote. Sheri Miller stated, “According to research, only half of the Christians in our country are registered to vote, and of those only half actually vote.” Listen now!