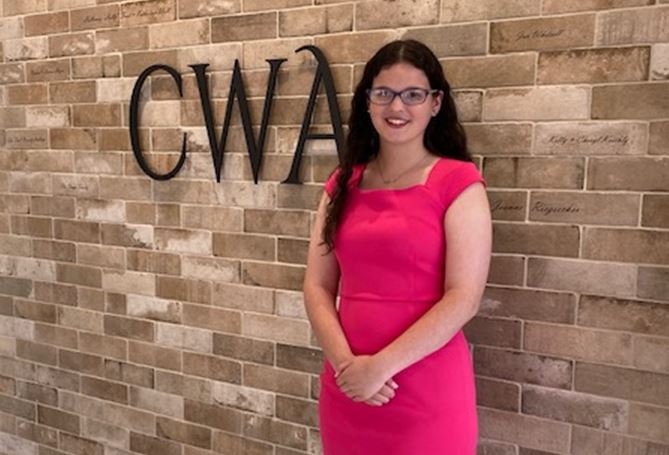 Hello! My name is Susanna Edgecomb, and I’m the Government Relations Intern here at Concerned Women for America (CWA).

I am from Madison, Alabama, and attend the University of Alabama. I’m a junior studying Social Work and Political Science, and after I graduate, I will then likely continue my education in graduate school.

Before I came to college, I never cared much for politics or public policy. I knew what I believed in and would vote accordingly, but I never considered it a possible career field. Then at college, I became involved in a Young Americans for Freedom Chapter and Young Women for America, CWA’s collegiate leadership program. With my involvement in these organizations, I educated myself and discovered that maybe I could make a difference in the world of public policy.

In Young Women for America, we always say we were made “for such a time as this.” This comes from Esther 4:14, where Queen Esther is about to risk her life to save her people. The verse has been my motto for the past year as I’ve been unsure of my future path. When I meditate on the words of Esther 4:14, I know He is guiding me, which helps me to know I can fully trust the Lord with my future.

Thanks to this incredible internship at CWA, I feel like I have found the path on which I belong. Working in a Christ-centered environment has opened my eyes to all the good in this world that so often feels hopeless. Making a difference in the world through policy change has become my future endeavor, and I hope to change this world for the better.

Concerned Women for America is the perfect mix of faith and politics of which I have long desired to be a part. CWA’s core issues have been fundamental in developing my own political views, and it’s a dream to work for an organization with such a beautiful history. This summer will be a joyful part of that history with the recent overturning of Roe v. Wade. To be standing outside the Supreme Court at such a historic moment in time, I know that God has placed me here “for such a time as this.”