Marching for Life in D.C. 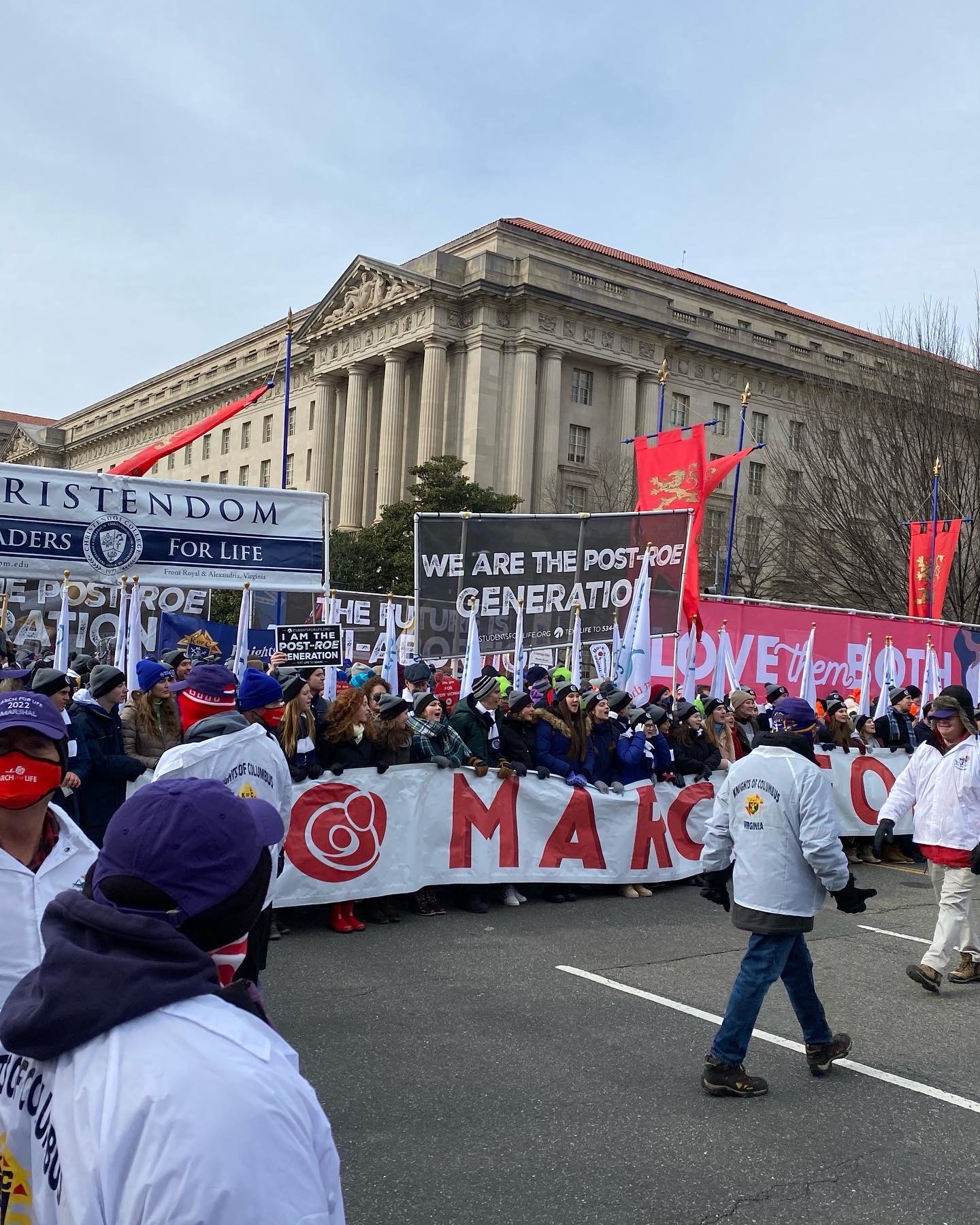 By Ashley A. Reich, CWA of Virginia’s Lynchburg Prayer/Action Chapter Leader of the evening group.

On Friday, January 21, I joined thousands of people who met on the lawn of the National Mall in Washington, D.C., for the annual March for Life. The morning brought below-freezing temperatures, but the crowd was enthusiastic and knew their mission was greater than what weather could throw at them. Groups gathered at the National Mall all morning and enjoyed a concert prior to the many renowned speakers and elected officials.

Students, parents, children, and supporters were present, and many dressed in similar attire that represented their specific school or organization. Many carried signs, banners, and flags expressing their pro-life stance of “We ARE THE POST-ROE GENERATION,” “Love them BOTH,” “Voice for the Voiceless,” “Pro-Life is Pro-Woman,” and so many more. As the march began, you could hear the chants and cheers for the unborn as the crowd walked a mile to the steps of the Supreme Court. Along the way, many conversed about their beliefs and hopes for the upcoming cases such as the Texas Heartbeat Bill and Dobbs v. Jackson, and ultimately, an end to Roe v. Wade.

Please continue to be in prayer for these monumental cases over the next few months leading up to the final decisions. Join Concerned Women for America (CWA) in praying for the Dobbs case on the fourth Monday of every month until June, when a decision is expected to be handed down. If you would like to be regularly notified about the current issue of the day, as well as CWA’s monthly Dobbs webinar prayer call, be sure to sign up for e-alerts if you haven’t already.