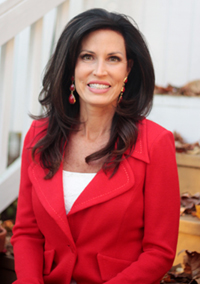 The new book My Final Word: Holding Tight to the Issues that Matter contains a prophetic collection of short essays and memos penned before the death of Watergate figure and Prison Fellowship founder Chuck Colson. One in particular was stunning in its relevance to the threats faced by modern-day Christians in public life.

Colson speaks to us from the past regarding a dust up between Supreme Court Justice Antonin Scalia and the Washington Post. Scalia scandalized the left when he publicly stated that as a Christian, he actually believed in the resurrection of Jesus. Shocker. The press exploded, and a journalist even said he wasn’t fit for the court.

Colson, as was his gift, cut right to the crux: “If people like Scalia or Clarence Thomas take seriously their faith, then by definition they’re disqualified. The only way people of faith could get by … would be to denounce their own faith. In other words, to keep quiet about what they really believe.”

Christians from expressing truth claims in public. That’s where we’re going to see the real anti-Christian bias over the next few years.”

Keeping quiet and denouncing their own faith would make them what Colson describes as watered down, disingenuous “stealth Christians.”

Stealth Christianity is certainly what culture and even the US government is pressuring believers to embrace today. County clerks, judges and local officials are confronted with the dilemma today when faced with their entanglement in Supreme Court sanctioned same-sex “marriage.” The most public of cases is a Kentucky clerk named Kim Davis.