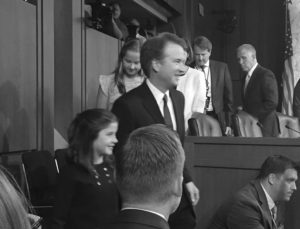 It was a contentious start to the Kavanaugh hearing after Democratic members came ready to disrupt the hearings, not to talk about Judge Kavanaugh’s record. As reported by Kasie Hunt of NBC News, “Democrats plotted coordinated protest strategy over the holiday weekend and all agreed to disrupt and protest the hearing,” she wrote in a tweet.

Democrats plotted coordinated protest strategy over the holiday weekend and all agreed to disrupt and protest the hearing, sources tell me and @frankthorp

Presidential hopefuls Sen. Kamala Harris (D-California) and Sen. Corey Booker (D-New Jersey) led the charge right out of the gate, asking for the meeting to be canceled. They spoke out of order and continued to disrespect every senator there and, frankly, those of us watching.

And they went on and on, whining about how they needed more documents for a nominee they’ve already vowed to oppose. NBC broke the news that Minority Leader Chuck Schumer had led a phone call about the coordinated obstruction and that they were executing it.

The attack was designed to complement the disruption in the gallery of radical leftist groups crying, “Don’t take away my health care.” It was embarrassing to watch.

But this is what we’ve come to expect now from the liberal side. The extremely radical “Women’s March” announced they are committed to disrupting the Kavanaugh hearings “every few minutes.” They are not interested in common sense and dialogue. It doesn’t matter that Judge Kavanaugh’s record does not fit the narrative they are selling. This is all part of their “resistance” to the imagined evil they despise which bears no resemblance to reality. 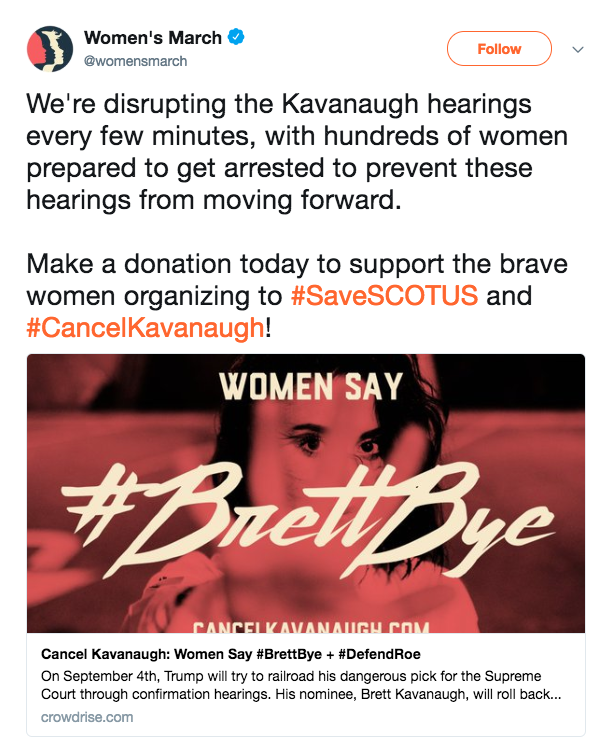 The reality is that they cannot stop Judge Kavanaugh. That’s why they are becoming hysterical.

That is also what we must remember. After all their antics, Sen. Chuck Grassley (R-Iowa), who displayed enormous patience throughout the day, was able to get opening statements going, and many were able to address the true aim of the hearings.  In his opening statement, Grassley said:

Our legal system’s success is built on judges accepting that their role is limited to deciding cases and controversies. A good judge exercises humility and makes decisions according to the specific facts of the case and according to the law.

A good judge also has courage, recognizing that we have an independent judiciary to restrain government when it exceeds its lawful authority.

As President Andrew Jackson said, “All the rights secured to the citizens under the Constitution are worth nothing, and a mere bubble, except guaranteed to them by an independent and virtuous Judiciary.”

Confirmation hearings for Supreme Court nominees are an important opportunity to discuss the appropriate role of judges. As I see it, and I expect many of my colleagues will agree, the role of the judge is to apply the law as written, even if the legal result is not one the judge personally likes.

As Justice Scalia was fond of saying, if a judge always likes the outcomes of cases he decides, he is probably doing something wrong. I don’t want judges who always reach a “liberal” result or a “conservative” result; I want a judge who rules the way the law requires.

Judges must leave the lawmaking to Congress.