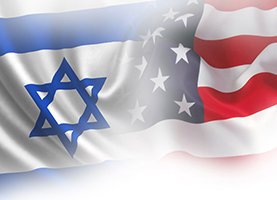 On Wednesday afternoon, reports were made that the Iranian Revolutionary Guard held a naval exercise on a mock U.S. aircraft carrier near the Persian Gulf.  The reports were verified when an Iranian television broadcast the bombing of the U.S. warship. This display comes as the U.S. is currently working with Iran to put together a framework agreement on its nuclear program.

Despite what some are saying about the Congressional visit of Israeli Prime Minister Benjamin Netanyahu, the leader seeks to draw attention to the boldness with which the Iranian government is approaching the impending nuclear “deal.” Events continue to escalate in the Middle East and instead of showing strength, the Obama Administration is desperately seeking to save its foreign policy by any means necessary – even if that means striking a “bad deal” with a country that has just flexed their muscle at the U.S.

As the deadline to achieve a framework agreement by March 24 nears, it would seem like Iran does not want to be seen as caving in to the U.S. They also understand that the Administration is more focused on meeting a deadline than securing a worthy deal, which is another factor that could negatively impact the region.

Let’s be clear with what type of country the U.S. is negotiating. Reports have shown that Iran has supported and continues to support terrorism, oppress its people, and promote anti-Semitic propaganda. Additionally, the Iranian government has been holding American Pastor Saeed Abedini in prison since 2012.

As Netanyahu comes to address our elected officials next week, the American people should keep in mind that Israel has a huge stake in gaining a peaceful resolution with Iran. In all honesty, it is in their best interest that a deal is made. Regardless, this desire cannot outweigh the fact that there needs to be a firm solution to stop Iran from further developing a path to nuclear capability.

Israel is one of America’s strongest allies, and its very existence is under attack. Israel embodies everything the U.S. holds dear and seeks to extend to other nations in the Middle East. The threat to Israel’s existence is real and needs to be condemned. Democracy and ideology are under attack, and Israel is the first line of defense.

Earlier this week, Secretary of State John Kerry urged that people should not judge the possible framework agreement because it has not yet been created. While that is the case, the direction and details of what could be included are no secret.  Actually, just the rumor of what is being discussed in negotiations is enough to worry those who strongly support Israel.

Concerned Women for America (CWA) understands that the threat of a nuclear Iran extends beyond Israel. Netanyahu illuminates the issue by stating, “I think the pursuit of nuclear weapons by Iran is the most urgent security challenge facing the world. I think the greatest danger facing humanity is the possibility that any movement or any regime of militant Islam will arm itself with the weapons of mass destruction.”

Alexandria Paolozzi serves as the Issue Specialist on Israel and Senate Legislative Director for Concerned Women for America.