International Women’s Day: Is #MeToo Yesterday’s Hashtag, or Will it Bring True Change? 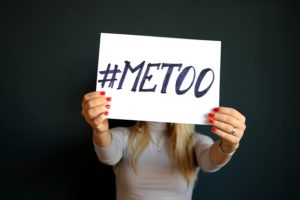 Five months out from the Harvey Weinstein scandal and the subsequent launch of #MeToo, we find ourselves celebrating International Women’s Day on Thursday with a focus on gender parity.

Concerned Women for America members join in the celebration. Thankfully, American women enjoy more freedom, opportunity and legal protection than most, if not the entire, world. This is no secret.

The majority of legal immigrants to the United States are women who yearn to join our ranks. Even Hillary Clinton recognized this fact when she said in 2015: “There has never been a better time in history to be born female.” We are doctors, lawyers, and governors. We are CEOs and astronauts. Women are on the move.

First, are women actually more inclined to speak up about sexual harassment and assault in the workplace today than they were five months ago? Did the show of support from Hollywood during the awards season or black-garbed senators during the State of the Union really change anything?

Last year saw women take on the tough topic of sexual assault, but we should take a moment to reflect on the current cultural phenomena of the #MeToo movement. What started here has spread to become an international inflection point for women to discuss sexual harassment and assault. It is no surprise that even other Western nations struggle, because this is a matter of the heart. Mankind is broken.

While the movement has left a trail of abusive men and women who have been fired from their lofty positions, or are at least are under investigation, it’s difficult to say with any authority that it will permanently change our institutions.

It took over 30 years for one Harvard professor, who was accused of sexual harassment over three decades by female colleagues and students, to finally be placed on leave. Women left their jobs at Harvard because of this man during all these years and only now are seeing justice.

However, despite decades of stories filtering out from the ivory towers of academia, for the most part, higher education is slipping undeservedly under the radar. One will know things have changed when universities stop predatory professors.

Secondly, is Hollywood serious?  Several Hollywood actresses have indeed broken their silence and named the men who made their lives a living hell. Those men have fallen hard from the top, but then Hollywood chooses this week to give an Oscar to Kobe Bryant, who was arrested and charged with sexual assault in 2003 after a 19-year-old woman accused him of rape. The case against Bryant was dropped a year later when the woman said she wasn’t willing to testify in court.

Hollywood also has made a huge show of appointing Anita Hill as head of a commission against sexual harassment. Yet, it was Hill who defended President Bill Clinton during one of his many alleged sexual escapades, several of which were reportedly unwanted advances. Conservative women are left to wonder Hollywood is just content to score political points.

And when is Congress going to come clean?  A few members have resigned in the wake of the #MeToo movement, but others are hiding behind a secret list from the Office of Compliance that paid over $17 million in taxpayer money to settle workplace disputes – including sexual harassment settlements.

This is only in the U.S. House of Representatives. The Senate paid separately and also concealed the identities of the guilty. The taxpayers rightfully deserve to know how our money was spent and which lawmakers were involved.

The whole ordeal is rife with contradictions and seems to always be one step forward and two steps back.

What about lower-paid working women?  Is the demand for zero tolerance of boorish behavior going to trickle down to them? Thus far, there are no stories of the hospitality industry and restaurant chains clamping down on grabby bosses or patrons.

So what makes a woman working a blue collar job who is sexually harassed think she stands a chance of not facing retribution should she report what is happening? This becomes real when reporters cover stories of new accountability at places like McDonald’s and TGI Fridays.

The final question: When will the #MeToo movement realize that there can be no left or right litmus test for members? You think the mean-girl stage ends in high school, but no.

“You can’t sit with us” has just turned into “you can’t stand with us.” Many women feel as if they have no recourse in the public square, because in order to join other women in the #MeToo movement they think they must be liberal feminists.

So as women celebrate living in an exceptional nation, it’s good to consider ways to improve our nation for all women, regardless of socioeconomic class or political bent. The #MeToo movement needs consistency and inclusion in order to be both sustainable and effective. If gender equality is to happen, it must first happen among women leading the way by embracing the Golden Rule for each other.

Editor’s Note: A version of this article was published by Fox News. Click here to see it.