Ignoring James 1:27: That Pro-Choice Bone in the Church’s Body

By CWALAC StaffSeptember 1, 2015Blog, News and Events, Sanctity of Life 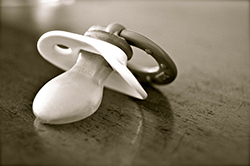 Some Christians may be part of the problem.  When there is a problem in the world, the Church need not be surprised.  We are all predisposed to sin and brokenness.  But it is the Church, who knows the only answer to our sinfulness (Jesus Christ), that should be a beacon of hope and light.  But instead of reaching out to the lost, sticking up for the voiceless unborn, and cherishing all children, the Church can sometimes isolate itself into its own closed community and often just judges those outside.

Why get angry at the darkness if it hasn’t even been touched by the light?  The darkness is powerless to fix itself.  If we are not careful, instead of the Church bringing the light of Christ to dark places, the darkness may seep into the Church.

Being truly pro-life often looks like caring for one’s own children with welcoming arms and also the children of those in need of help.  Some Christians are doing this: many volunteer for

pregnancy centers and help single moms with carpool, for example.  Yet, there are still too many in the church neither doing this modern-day version of “looking after orphans and widows in their distress,” nor “keeping oneself from being polluted by the world” (James 1:27).

For example, there remains in some in the Church a less-than-helpful attitude towards single mothers.  It is hard to be a single mother, or live far away from family, or have a job and raise children.  One woman I know has a 2-, 4-, 6-, and 8-year-olds, no steady income, and an abusive ex-husband.  The Church should step in in those circumstances and be a spiritual family when family is far away, for example, or provide a male role model when one is lacking.  But instead, some Christians claim exhaustion, not knowing how to help, being too “busy,” or wanting others to “take responsibility for themselves.”  There is nothing wrong with not wanting to overextend ourselves and having boundaries, but our Lord’s calling is to radical service.

Some Christians have let the dark polluted language of the culture into our own ranks.  Like the abortion-minded left, some are seeing children as merely a matter of “choice.”  A Christian couple (perhaps not even thinking about it) may say things like, “If we got pregnant right now, it would be a disaster.”  Now, there are legitimate reasons for delaying pregnancy, but hardly reasons for being devastated by it.  Even amongst Christians who could never justify abortion, we should be careful not to see children as a matter of convenience and “wantedness.” This may indeed help spread a “pro-choice” cultural mindset.  Instead, we should promote an attitude of submission to the will of God, even the unexpected and difficult parts of it, like in the case of an unexpected pregnancy.  One of my friends had a good way of addressing the issue.  He told me,  “We don’t want kids right now, but if they come we have decided to be happy about it.  If I am upset about being pregnant, please slap me and tell me how cool it is that I have a baby inside me.”  Now that is promoting a pro-life culture.

It may be easier to refuse to reexamine one’s own attitudes towards children, one’s own ability to help the needy mothers and unborn children next door.  But what is couched as “easy” is rarely fulfilling, and rarely right — just like in the case of abortion.