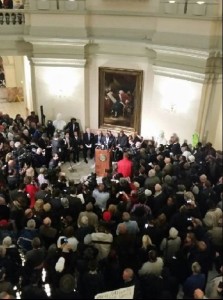 Every generation has a clarion call, and today that call reverberated through the halls of the State Capitol of Georgia; “religious liberty must be protected at all costs.”  Several hundred people from diverse races and backgrounds gathered in the rotunda of the State Capitol in Atlanta to express support for former Atlanta Fire Chief Kelvin Cochran and to stand up for free speech and religious liberty.  I had the privilege of having a front row seat to this historic event.

One week ago on January 6, Chief Cochran was fired because he wrote a book based upon Biblical truth.  You can read more about the Chief’s story here.  A week later, two local pastors put together one of the most amazing and memorable rallies I have ever attended. Fourteen pastors and religious leaders addressed the fired up crowd with messages of Biblical truth and praises to our God.  The Holy Spirit descended into the rotunda as the prayers and praises of His people ascended to His Throne.

The fight for religious freedom and against an unjust government intrusion on those freedoms is uniting this state and nation.  Every race represented today, and there were many, understand the totality of this issue, which is this – if we do not stand together on religious liberty then soon we will not be free to live and work according to our convictions and to the glory of God.  Bishop Wellington Boone said it best, “Mayor Reed, you have awakened a sleeping giant.”

After all the inspiring speakers, Kelvin Cochran took to the podium (read his remarks here). He explained that ever since he was a little boy all he wanted to be was a fireman. He loved his job as the Atlanta fire chief. He served the city of Atlanta with honor and integrity. There was no malice in his comments, only a challenge to live our lives for Christ.  Out of all those who spoke, Chief Cochran’s closing comment was my favorite, “I have decided to follow Jesus. I have decided to follow Jesus.” 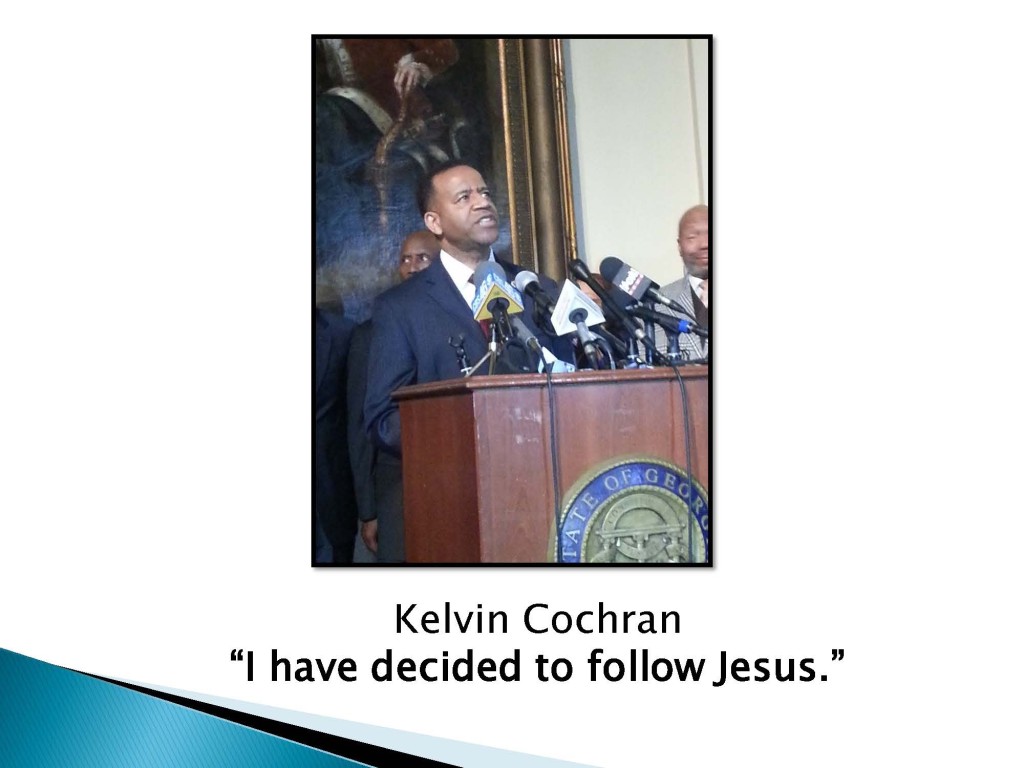 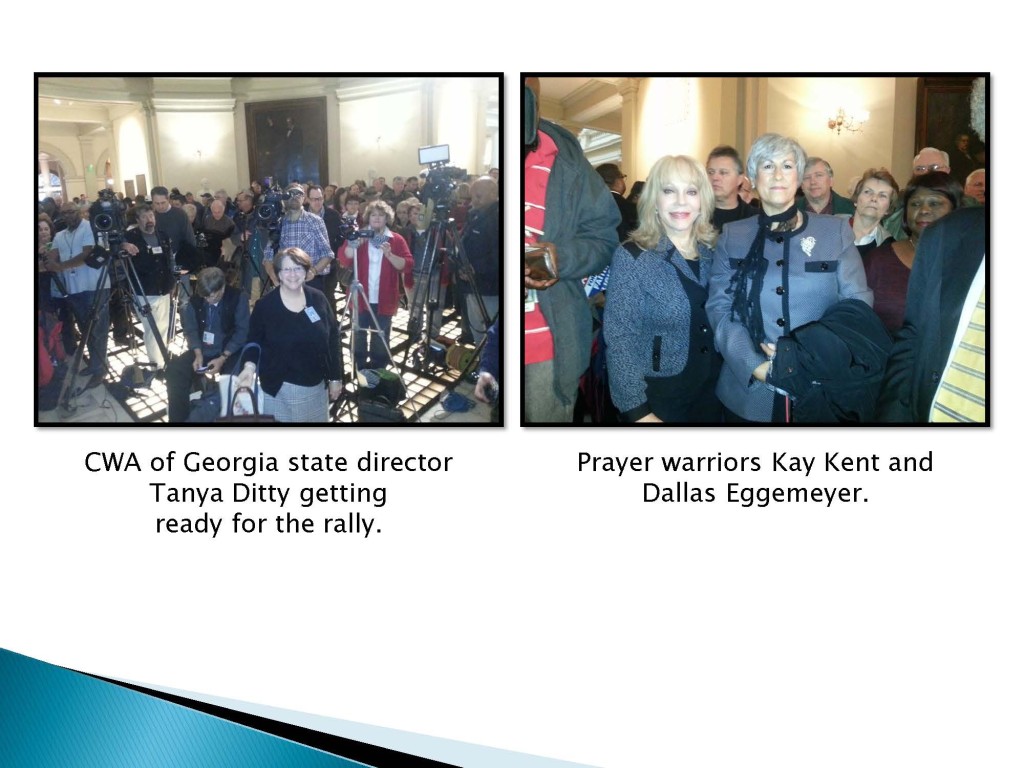 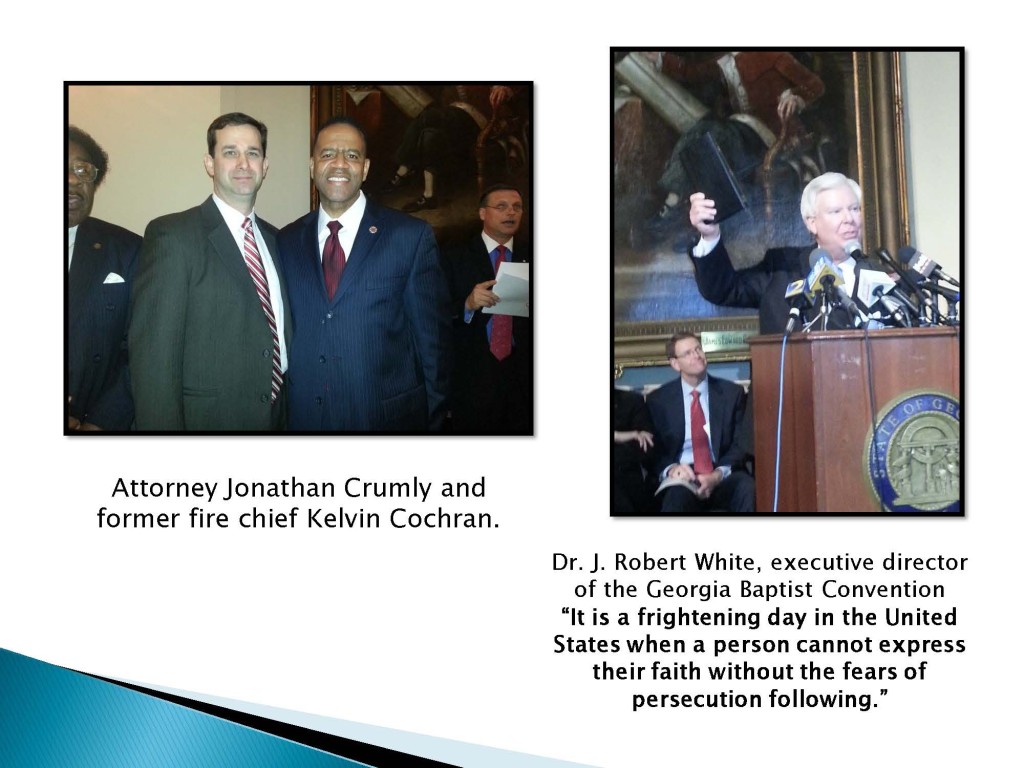 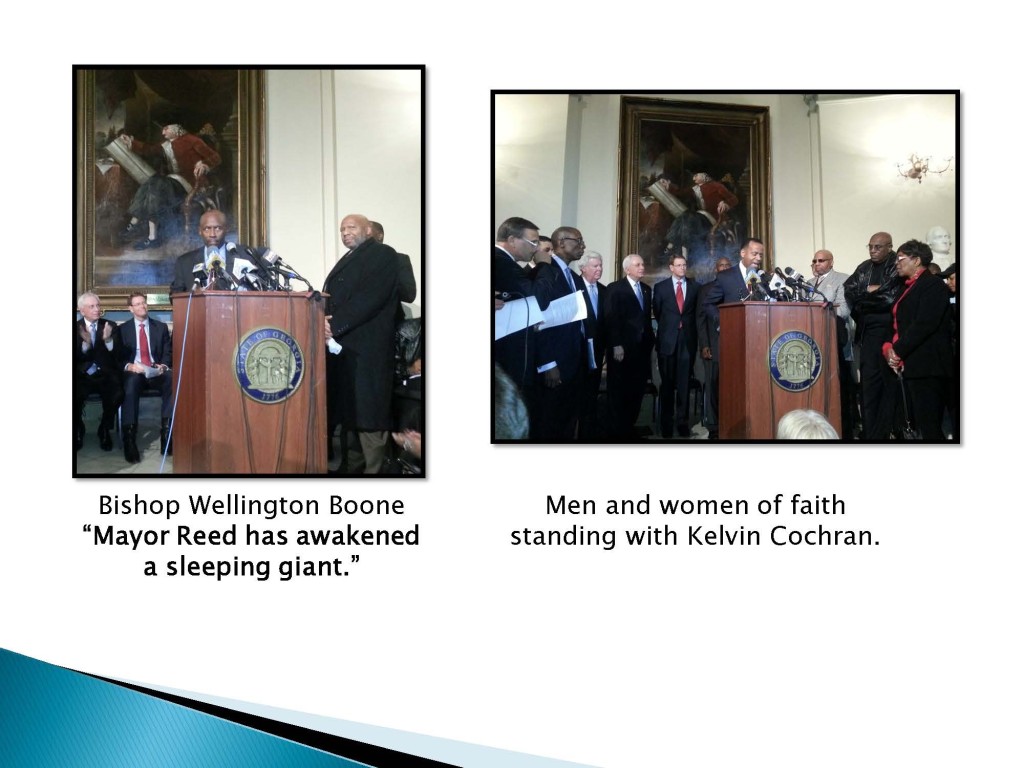 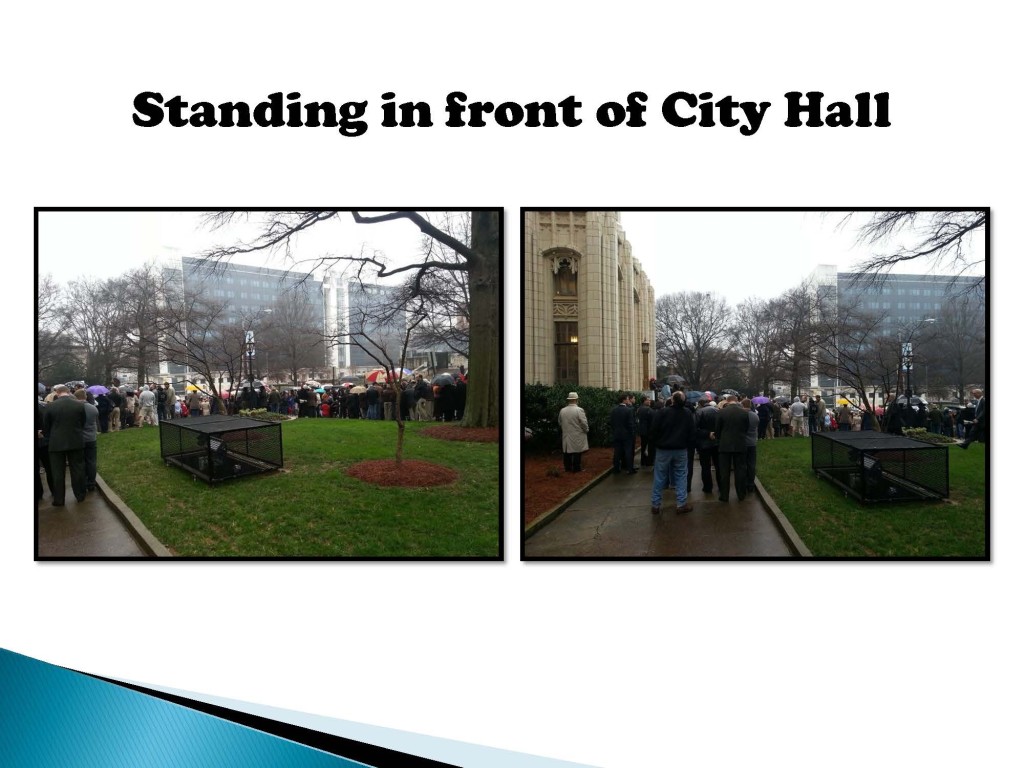 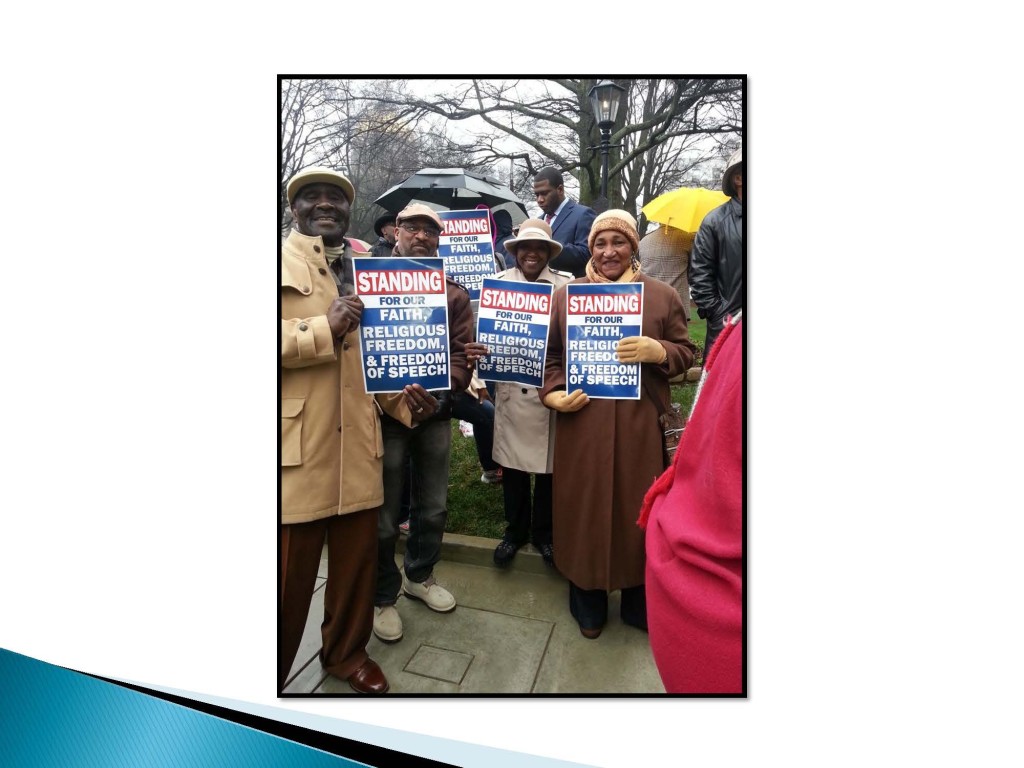 [Click here to join the freedom-spreading efforts of CWA of GA today!]