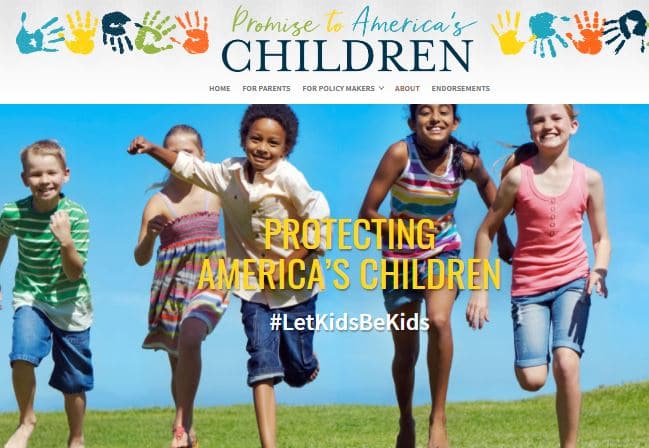 The “Equality Act” (H.R. 5) just passed a Democrat-controlled House of Representatives for the second time, but for opponents, including Concerned Women for America Legislative Action Committee (CWALAC), the latest result offers encouraging signs. This time, the deceptively-named Equality Act – proposing a revolutionary redefinition of sex in federal civil rights law with far-reaching and harmful implications for women, children, and people of faith – received only three Republican votes (less than half of the eight cast in 2019).

More are coming to see how radical gender ideology endangers children’s minds, bodies, and relationships with their parents—and the Equality Act would cement it into law.

Democrats bypassed any congressional hearings and denied any amendments, flexing their power muscle to force a vote but also fearing too much scrutiny. Republicans were ready to speak with conviction and clarity against the extremism of the bill.

As Penny Nance, CEO and President, said in a statement, “The gender ideology of the elitist left erases the ability to differentiate between men and women and denies the harm this inflicts on women and children. Democrats should fear any examination of the real impact of the ‘Equality Act’ because Americans reject its destructive agenda.”

As the Equality Act was being debated on the House floor, Sen. Rand Paul (R-Kentucky) was questioning President Biden’s HHS nominee, Dr. Rachel Levine, in a Senate committee hearing. Dr. Levine, who is transgender, has promoted the use of gender transition medical treatments and surgeries on minors.  Sen. Paul’s questions emphasized the reckless approach of gender affirmation ideology that freely administers damaging and irreversible medical transition treatments on children who self-declare a desire for a sex change. Please watch this clip and share this shocking exchange that shows what’s at stake in the Equality Act.

Rising against these threats, the Promise to America’s Children initiative has launched. The Promise recognizes that our children are most at risk of harm in a culture sowing gender confusion and chaos. It frames the conflict and the solutions in this context: protecting children’s minds, protecting children’s bodies, and protecting children’s relationships with their parents. The 10-point Promise identifies principles that should guide policy and advocacy. It equips and invites others to take a stand against the harms of radical gender ideology endangering our children. It provides model legislation for policymakers.

Concerned Women for America is participating with the Heritage Foundation, Alliance Defending Freedom, and others as a national partner in this important movement. State legislators are signing the Promise and taking action by sponsoring legislation. Parents, citizens, and policymakers are encouraged to sign the Promise and take action in their schools and communities.

In endorsing the Promise to America’s Children, Penny Nance declared,

“America’s children are our most precious gifts. Concerned Women for America believes that as parents and leaders, it is our duty to protect their minds, bodies, and souls – all of which are under attack by a radical sexual agenda …. CWA supports the Promise to America’s Children so that our daughters and granddaughters will be assured of fairness on the playing field and bodily privacy and dignity in intimate spaces. I call upon lawmakers and other leaders to sign this pledge and commit to defending our children both personally and in the public square.”

Join the movement to protect our children and defeat the Equality Act, which is now moving to the Senate. We need every concerned citizen to rise to the challenge facing our culture through prayer AND action. Check how your Representative voted on the Equality Act here, and please contact your U.S. Senators and urge them to oppose the Equality Act through our Action Center today!