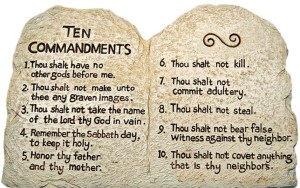 As is our tradition, CWA of Missouri will be presenting a gift to each member of the Missouri General Assembly to celebrate Easter. This year we will present them with the Ten Commandments (a 6 3/4″ X 4 3/4″ boxed poly resin plaque with metal stand). This is a very appropriate gift for a public office holder as our country’s laws were based on the law of Nature’s God for the first almost two hundred years and years before in the colonies.

We are asking for $10 to sponsor your state representative or state senator. The gifts will be delivered to each member of the General Assembly at the State Capitol on Wednesday, April 1.

The gift will bear the sponsor’s name and address so the office holder will know who sponsored their gift.

To sponsor your state representative or state senator for the Easter Project AD 2015, contact Val Cummings at 636-916-3189 or [email protected] before March 28.