By Jaime BallewJuly 26, 2019Blog, Defense of Family, News and Events 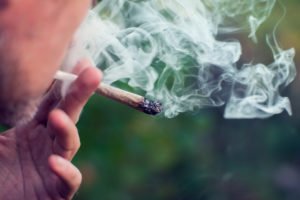 On Tuesday, the Senate Committee on Banking, Housing, and Urban Affairs held a hearing titled “Challenges for Cannabis and Banking: Outside Perspectives.” Many senators touted S.1200, the Secure And Fair Enforcement Banking Act of 2019 (SAFE Act) as a solution for state-legal cannabis (marijuana) businesses who currently are unable to access the U.S. banking system.

Marijuana remains illegal on the federal level and financial engagement in illegal activities is known as money laundering. Because banks are prohibited from engaging in money laundering, they cannot provide marijuana businesses with banking services. The SAFE Act would legitimize the marijuana industry financially and grant marijuana businesses access to the federal banking system. Make no mistake, allowing the marijuana industry to operate within the U.S. banking system is drug dealing under federal law.

Keeping marijuana operations separate from the banking system has helped limit the rate of growth of the marijuana industry. If the SAFE Act is enacted, marijuana will still be illegal, but banks will now have the approval of the government to participate in money laundering. This would also be the first time the United States banking industry was opened to Schedule I drug operations and would set an alarming and dangerous precedent of granting banking access to criminal activity.

Although the banking industry claims to take no position on marijuana legalization, they want to profit from this new line of business depositing federally illegal proceeds, and the SAFE Act creates more problems than it solves. Would marijuana business deposits be FDIC insured? If entities choose to legalize other drugs, as we have seen in Denver and Oregon regarding the schedule I drug magic mushrooms, would banks accept those funds as well? How would a bank differentiate between legally-obtained funds and illegally-obtained funds? This bill fails to address these and so many other problematic, logistical, and legitimate questions.

Unfortunately, most of the committee was notably absent from the hearing and missed the opportunity to ask banking industry executives and marijuana advocates questions like these.

The SAFE Act provides no assurance that drug trafficking organizations would be unable to access the banking system for marijuana-related businesses. Rather, according to experts in drug policy and law enforcement, the SAFE Act will likely enable cartel operations. Canada, which legalized recreational marijuana nationwide in late 2018, has already seen offshore investments infiltrate their marijuana operations, some with ties to organized crime.[1] The U.S. government should not make it easier for foreign drug cartels to flourish in the U.S. and profit off of the addictions of our citizens.

The SAFE Act also enables illegal operations to expand its business of marketing high potency concentrates in kid-friendly forms, such as marijuana gummies, ice creams, and sodas[2]. Edible products that contain high-concentrate THC have recently come under scrutiny[3] for causing surges[4] in emergency room visits in legalized states and have been shown to increase[5] the risk of psychosis.

The SAFE Act creates more problems than it claims to solve. Marijuana is a schedule 1 drug with a high potential for abuse and no currently accepted medical use in the United States and should remain illegal.[6] This bill is a backdoor attempt at full recreational legalization in all states (the eventual goal of legalization proponents). The SAFE Act is the banking industry and the marijuana industry’s reckless push to normalize the use of this dangerous drug.

Call your representatives today and tell them to OPPOSE S.1200, the Secure And Fair Enforcement Banking Act of 2019.