Democrats Playing Election-Year Politics with the Violence Against Women Act 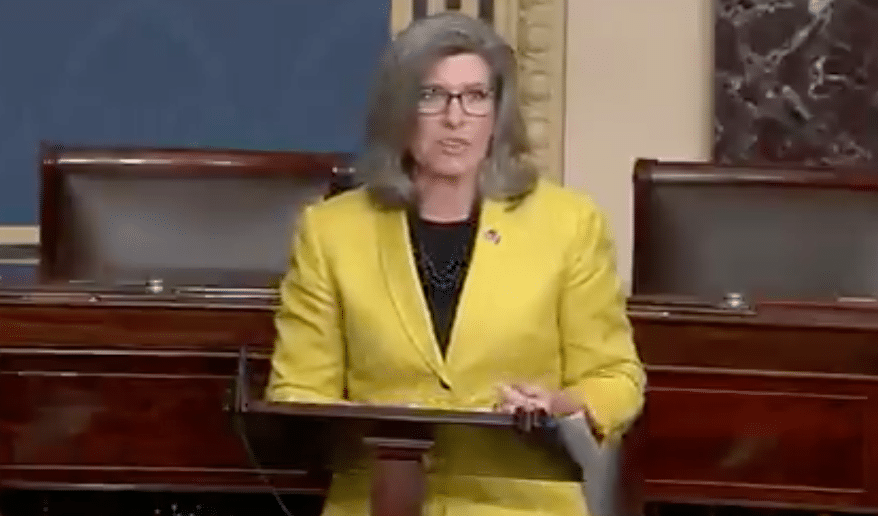 Senators Joni Ernst (R-Iowa) and Dianne Feinstein (D-California) spent months collaborating on a reauthorization of the Violence Against Women Act. Their attempts to bring bipartisanship back to the process after the House majority rejected such collaboration were noble.  But their effort came to a “screeching halt” when Senate Democrats called a press conference to announce they were sponsoring the House bill instead.

“Once again, the Democrats are putting politics ahead of people and have decided to move forward on the House-passed VAWA bill,” Sen. Ernst announced.  This is a bill which Senate Democrats know full well is a non-starter for Senate approval.  Rejecting any history of bipartisanship or restraint, House Democrats loaded their reauthorization bill, H.R. 1585, with gun control, unemployment entitlements, and expansive ideological mandates.

Sen Ernst went on to explain how her good faith efforts with the ranking Democrat on the Senate Judiciary Committee were derailed as a political calculation. “Election-year politics are in full swing, and the grim reality is Democrats cannot afford to be seen giving Republicans a win. The far-left agenda of the House has hijacked the process.”

The politicization of something as significant as the Violence Against Women Act should have no place in the development of policy. Women victims of violence should be the last thing used as a pawn for political gain.  And yet that is exactly what the Democrats have done again this year.

This is not the first time VAWA has been held hostage in high-stakes partisan politics. It happened last year as VAWA was set to expire during the confirmation of Supreme Court Justice Brett Kavanaugh.

The National Task Force to End Sexual and Domestic Violence (NTF) is a coalition of activist groups who guard the programs and funds for VAWA grantees. For years, they have worked in lock step with the Democrats to promote a progressively leftist agenda on VAWA and to demand that the same money go to the same providers. They are not fools in playing political games.

At the height of the Supreme Court battle, NTF sent a letter to Senate Republican leadership “to apprise you of our intention to disengage from negotiations over VAWA” to protest the handling of Christine Blasey Ford.

NTF laid out ground rules for how the Judiciary Committee should proceed with  Ford, concluding that, “Justice demands a fair process that treats Professor Ford far better than with the derision, scorn, and humiliation to which Professor Hill was subjected 27 years ago.”

Following their Kavanaugh defeat, the left cried foul at the “expiration of VAWA” and used it as a weapon against congressional Republicans in the 2018 election. Their prize: a House takeover, Speaker Pelosi, and a VAWA reauthorization bill showcasing their leftist policy agenda.

Considering how VAWA has been politicized over the last decade, it should come as no surprise that Sen. Ernst’s noble effort to work with the Democrats on an improved and modernized Violence Against Women Act broke down.  It didn’t surprise us. NTF is back on message demanding that the Senate pass the left’s wish list: unbounded unemployment benefits that could bankrupt states, gun confiscation orders that could disarm vulnerable women, and expansion of transgender rights giving biological men who claim to be women access to female domestic violence shelters and prisons, compromising the safety of women who have no other place of refuge or escape.

Meanwhile H.R. 1585’s partisan overreach falls short of important improvements that the Senate should correct. It overlooks meaningful protections for emerging threats to women in our country including female genital mutilation, honor killings, and forced marriages.  It deletes sex trafficking as a form of sexual assault against women and girls. It lets pimps off the hook and ignores the acceleration of threats from online predators.  It rejects full transparency and accountability in VAWA grant programs, including the hundreds of thousands of taxpayer funds that have gone every year to Planned Parenthood.

So long as Democrats choose to put election-year politics above safety, protection, and justice for women survivors, the effort to put a stronger VAWA on solid ground for the coming years will be futile. It’s time for Democrats to stop using VAWA to score political points and embrace a truly bipartisan reauthorization bill that can reach the President’s desk this year.